Washiali asks ANC leader Musalia Mudavadi to reconsider his bid for the presidency to avoid being irrelevant. 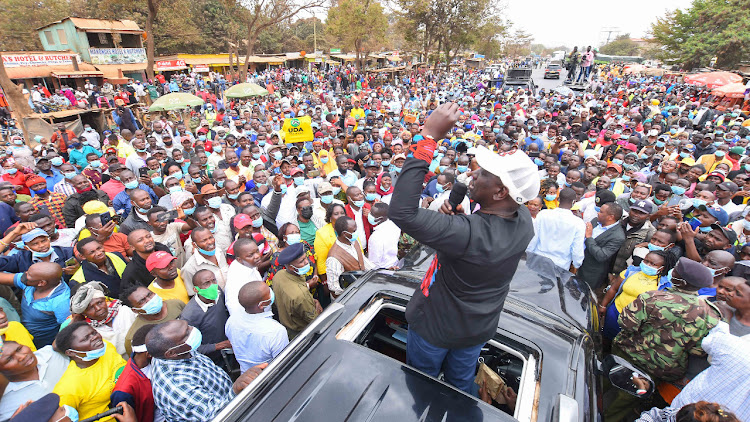 Deputy President William Ruto will this weekend take his vote hunt for the 2022 race to Western region.

His two-day tour will begin in Kakamega on Friday. He will then move to Busia on Saturday to sell his bottom-up economic model and popularise UDA party.

In Kakamega, he will address supporters at Khayega market, Khwisero market, Mumias town and Shianda market.

The DP’s Western visit comes two days after he completed his six-day tour of the Coastal region.

A month ago, the DP visited Malava, Kakamega, where he delivered a vehicle to the bishop of the African Church of the Holy Spirit.

Washiali said the DP will talk about economic revival in the region.

“We finished doing the regional economic blueprint that we handed over to the DP in Naivasha and that is what he will be breaking down for the people and nothing more,” he said.

“Bottom-up approach simply means activities that involve more people. If you come to western, one will talk about sugar and cotton industries, maize farming, fishing and rice farming to be in tandem with the ground.”

Washiali asked ANC leader Musalia Mudavadi to reconsider his bid for the presidency to avoid being irrelevant.

“I am seeing my brother Mudavadi boxing himself into a corner. They were relying on Kanu boss Gideon Moi who doesn’t seem to be of any help to them because he is taking instructions from State House,” he said.

Mudavadi is angling to make a second stab at the presidency under the One Kenya Alliance (Oka). The alliance brings together Mudavadi, Moses Wetang’ula (Ford Kenya), Kalonzo Musyoka (Wiper) and Gideon.