The MPs have said Kenneth has the required experience to be Raila's running mate.

They said Murang'a has been instrumental in national politics since independence and that it is its time to be acknowledged. 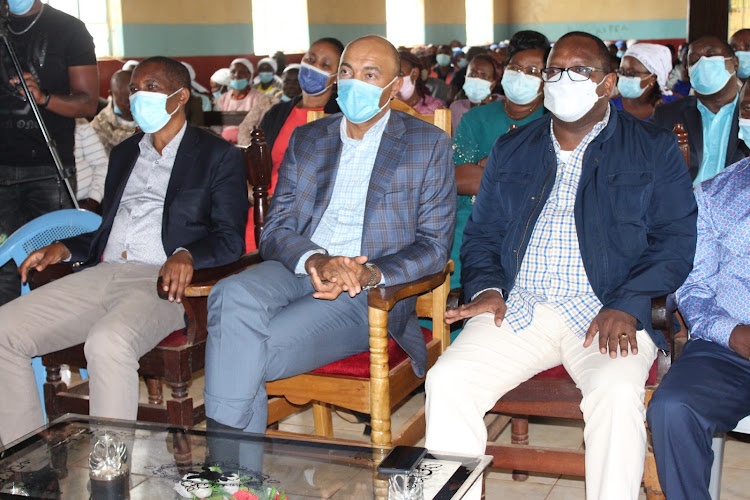 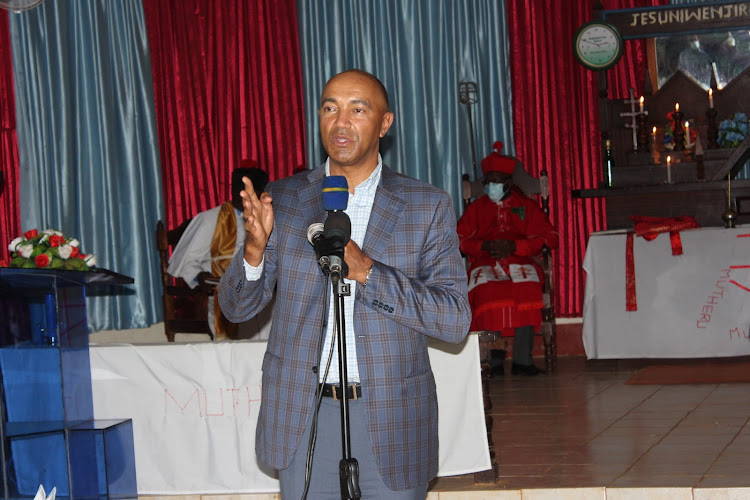 The MPs who joined congregants at Kihoya AIPCA Church in Kangema on Sunday said Kenneth's record speaks for itself.

They said they want the former Gatanga MP to be in the team that will form the next government.

Gatanga MP Nduati Ngugi reiterated said Kenneth was hailed for having the best-managed CDF during his tenure as MP.

"But in that handshake team, we want our very own to be there. Kiambu and Nyeri have led the country and we are saying it is now our time as Murang'a and we have our brand in Kenneth," the MP said.

Nduati said the people of Murang'a will not embrace those seeking their support without going through the President.

He said Kenneth has worked with Uhuru when he served as the assistant minister for Finance and that he has the required experience having been in leadership since his youth days.

"Kenneth led Football Kenya Federation when he was only 28 years old and when he became MP, his CDF led nationally. We will follow the President's lead and Kenneth will be our leader," Nduati said.

Maragua MP Mary Waithera said they will go around the county solidifying support for Kenneth saying it is time for the county to be represented at the national table.

"We asked Kenneth to lead the county in 2017 but if the time was not right then, we believe it is now right. We want it to be known that the county has contributed a lot to the country since independence and we now want to be in the next administration," Waithera said.

She cited first Kigumo MP Kariuki Njiiri who relinquished his seat for founding President Jomo Kenyatta to allow him to join the Legislative Assembly.

"We are behind Kenneth and we want him to get a position and we are not ashamed to say it," she said.

Kigumo MP Wangari Mwaniki said the county has to be considered in national leadership through the handshake once President Kenyatta's term expires.

She said it was time for Kenneth to fly Murang'a's flag high and that they will solidly rally behind him.

Mathioya MP Peter Kimari said the government has only been able to operate peacefully because of the handshake.

"The President has been able to grow the economy and carry out development activities in a major way because of the handshake," Kimari said.

He urged Murang'a residents to unite and push for their interests nationally adding that Kenneth is able to lead the community into the future.

On his part, Kenneth who was also present said should the time come that he is accorded the chance to lead, he will not let his supporters down.

Kenneth said the county is crucial in national politics and that time has come for it to rise to the top of the chart.

He said leadership requires humility and that he made a decision to support ODM leader Raila Odinga due to his humbleness.

"You have seen us with him. Even tomorrow, we will be accompanying him to Meru because he has visited Murang'a severally and interacted with locals," he said.

Kenneth faulted a section some presidential candidates for chest-thumping and sitting back while their lieutenants insult President Uhuru Kenyatta.

He was apparently referring to Deputy President William Ruto whose allies have sometimes insulted the President.

"If they behave this way while they are looking for votes, what will happen if they are elected," Kenneth said.