•Wanjala escaped from Nairobi police on the day he was to enter a plea to multiple murders.

•Wanjala, 25, escaped from Jogoo Road police station cells on Wednesday morning as remandees and others were being separated from the general population. 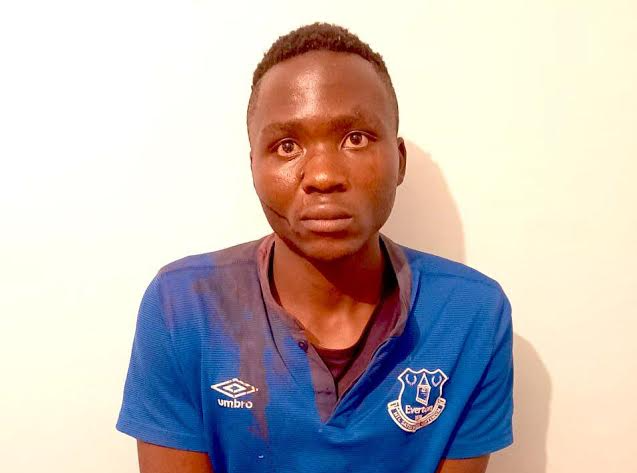 Wanjala escaped from Nairobi police on the day he was to enter a plea to multiple murders.

Police authorities said Wanjala was identified after he ironically joined a football match in the area and played with locals.

Some children had spotted him on a road before they raised alarm alerting a mob.

Some of those who identified him as a wanted man later trailed him to his home where they lynched him.

Area Assistant County Commissioner Cornelius Nyaribai confirmed the suspect was flushed from their house and lynched by a mob.

“We don’t encourage mob lynching but we can confirm the suspect was trailed by a mob and killed,” he said.

Bungoma head of DCI Joseph Ondoro said locals had confirmed it is Wanjala.

But he said they will take his finger prints for further confirmation.

“We have picked his fingerprints for further clarification. But locals have identified the body,” he said Friday.

The locals washed the bloody face of the slain suspect to be sure he was the one.

Police later said he was the deceased man that they wanted.

Videos capturing the incident showed him being removed by a mob from a house and being beaten with clubs and stones.

Wanjala, 25, escaped from Jogoo Road police station cells on Wednesday morning as remandees and others were being separated from the general population.

He has led police to crime scenes, reenacted them, made voice recordings and showed investigators his scrapbook detailing the murders.

Wanjala was yet to take formal pleas but investigators said they were ready to charge him before he escaped.

Police said they had so far linked him to as many as 14 murder murders in Nairobi, Machakos and Western Kenya. He had confessed to killing 12 children when he was arrested in July this year in Kajiado.

Following his escape from custody, senior police officers visited the station to understand what happened.