The Senator also wants soaring loans from China be discussed.

• US Senator Jim Risch (R-Idaho) has expressed his concern regarding ‘deep corruption’ in Uhuru's government.

• He also said that he is closely monitoring how Kenya uses its position as president of the United Nations Security Council in October. 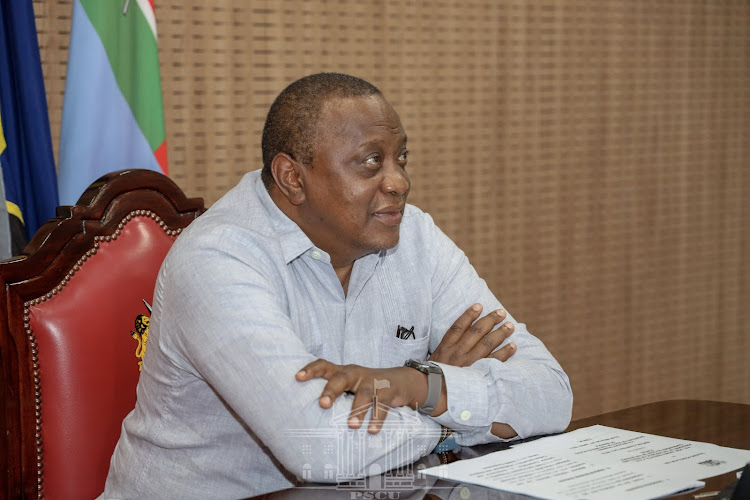 President Uhuru Kenyatta at State House, Nairobi, when he held bilateral talks with US Secretary of State Antony Blinken, on Tuesday/
Image: PSCU

US President Joe Biden is expected to host Kenya's Uhuru Kenyatta today at the White House.

The two are expected to discuss a number of issues including the bilateral relationship between Kenya and the US.

The meeting will take place at 9pm Kenyan time.

However, ahead of the meeting, Republican US Senator Jim Risch (Idaho) has expressed concern regarding ‘deep corruption’ in Uhuru's government.

The ranking member of the Senate Foreign Relations Committee is also distressed by the country’s debts to China as well as the 2022 General Election's security.

“I remain concerned, however, about deep government corruption, ongoing incidents of intercommunal violence in several parts of the country, and increasing debt to China. Kenya is also preparing for a contentious election with a potentially violent ethnic dimension in 2022,” Risch said in a statement.

He also said that he is closely monitoring how Kenya uses its position as president of the United Nations Security Council in October to elevate the issues related to the crises in Ethiopia.

“The Biden Administration should make these issues front and center in discussions with President Kenyatta and other senior Kenyan officials this week.”

During the meeting, Uhuru told world leaders to end the silo mentality that has seen some states - largely in Africa - excluded from key decisions affecting the globe.

The senator's statement comes amid the ongoing debate from the Pandora Papers expose, which Uhuru said he was not mentioned.

"First and foremost, my name is not there. Secondly, there has been no mention of any illegality or wrongdoing on part," Uhuru said.

Uhuru Kenyatta whose family's prodigious offshore wealth was exposed by a consortium of investigative journalists has since said he has nothing to hide.

He has insisted to respond “comprehensively” on his return.

My name was not on Pandora papers - Uhuru

Says he has also not been mentioned in any illegality in the Pandora papers.
News
1 week ago

Uhuru to meet US President Biden at White House on Thursday