Paul Magara Morara, 29, is accused of killing three ladies and injured four within the period.

•According to police report, the suspect has been terrorising city residents for the last four months.

•Paul Magara Morara, 29, is accused of killing three ladies and injured four within the period. 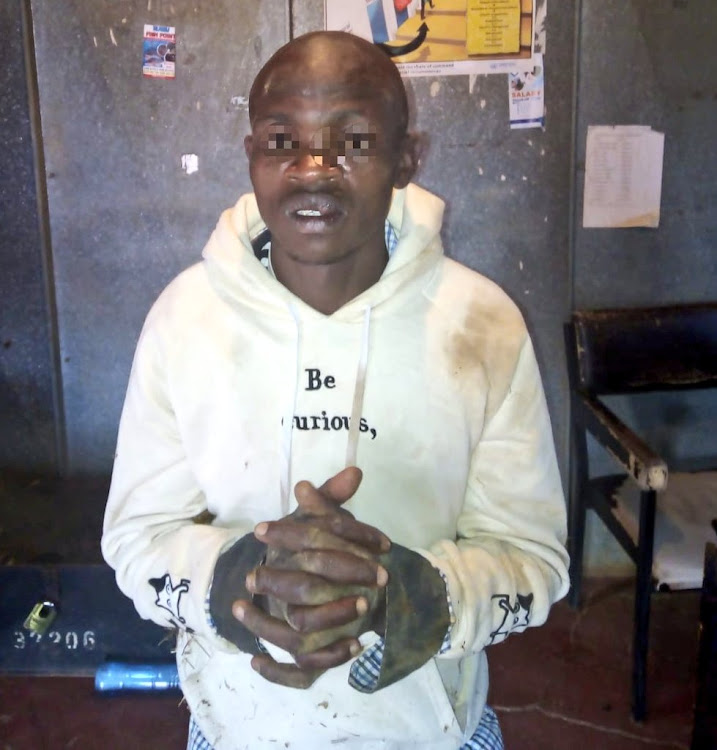 Detectives from the DCI have arrested a suspected serial killer and rapist in Ruiru.

According to police report, the suspect has been terrorising city residents for the last four months.

Paul Magara Morara, 29, is accused of killing three ladies and injured four within the period.

He was arrested on Thursday in an operation by Ruiru lodging after months of receiving several attempted murder incidents all reported by female victims.

The Director of Criminal Investigation George Kinoti said one of the suspect's victim was found murdered in her rental house at Magorofani area of Wataalam.

"In what called for a round-the-clock manhunt for the perpetrator by all Ruiru sub-county officers, the killer struck again in September 7, by breaking into the house of two sisters aged 18 and 19, where he stabbed and left them for the dead. One of them is still admitted at Kenyatta National Hospital's Intensive Care Unit," Kinoti said.

He is also believed to have crept into the house of a couple on Wednesday early morning when they were asleep, stabbing the woman on the neck and vanishing in the dark in seconds.

"The husband rushed his 22-year-old lactating woman to hospital, amidst shock as to how their attacker managed to master their padlock from outside, execute the attack and disappear as he soundly snored. The woman is recuperating well," Kinoti said.

"Believing that the attacker was still around Wataalam at that early hour, police in Ruiru launched a thorough comb of the area, luckily managing to nab four suspects and recovering a mobile phone that belonged to one of the sisters attacked in the September seven incident."

"Hours of interrogations on the four revealed that one of them, 25-year-old Moses Moogi Okemwa was an accomplice of the prime suspect, who jointly executed some of the attacks."

Kinoti said the suspect was nabbed on Thursday morning as he headed to have breakfast at his kin's place.