Pastor Ng'ang'a off the hook in Sh3.6 million fraud case

Trader withdraws case, saying his mother is a congregant in Ng'ang'a's church.

• Senior principal magistrate David Ndungi agreed with the prosecution and said that the powers to have any matter withdrawn lie with the DPP.

• In the case, Ng'ang'a was charged with obtaining Sh3.6 million from businessman Mwathi in 2016 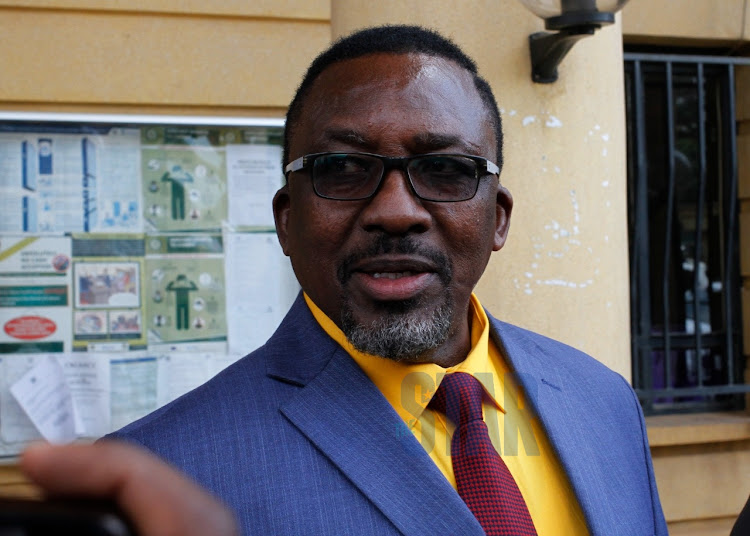 A Nairobi court has withdrawn a Sh3.6 million fraud case against televangelist James Ng’ang’a after the complainant said he had forgiven him since he was his mother’s pastor.

The complainant, Wickson Mwathi, on Thursday told Milimani senior resident magistrate Nyamu Wandia that he had forgiven Ng’ang’a and settled the matter out of court.

“Your honour, I forgive Pastor Ng’ang’a since my mother worships in his church and I would like to withdraw the case,” Mwathi told the court.

When asked by the prosecution counsel Abel Omariba if he had been paid the amount obtained in the case, Mwathi said he received a token of Sh700,000 from Ng’ang’a.

He added that the accused does not owe him anything.

The magistrate withdrew the case and marked the file as closed.

Congregants are not drunkards and need God in a crisis, he says
Sasa
6 months ago

Last week, the DPP side declined to withdraw the case saying it had not received instructions for withdrawal.

Ng’ang’a sought to have his case withdrawn saying he had written a consent letter with the complainant.

“I would like to have the case withdrawn since we have agreed to settle the case through a consent letter with the complainant,” the court was told.

However, the DPP through prosecution counsel Omariba opposed the application saying he had no instructions to withdraw the case.

He requested the court to allow him more time to go through the letter of consent and present it to the DPP for instructions before the case could be withdrawn. 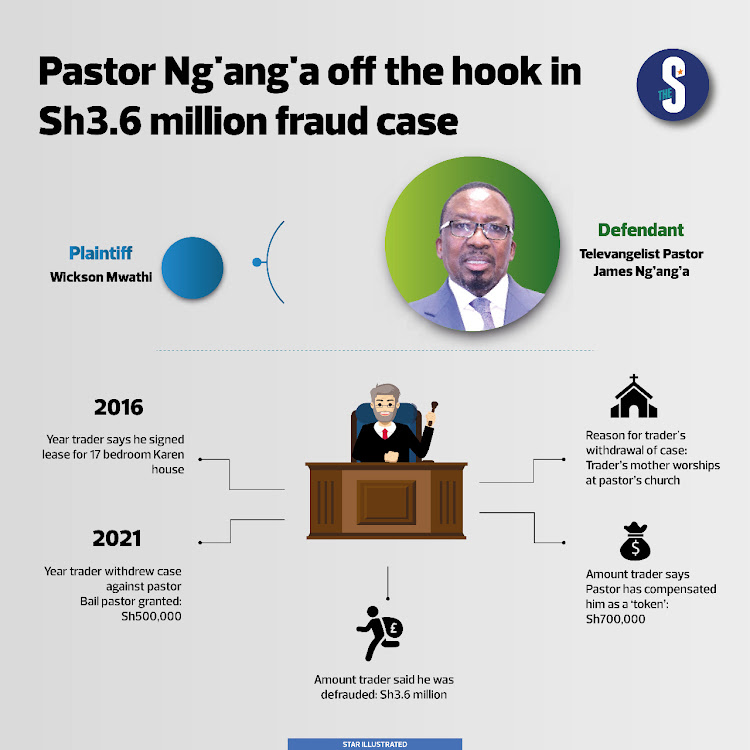 Senior principal magistrate David Ndungi agreed with the prosecution and said that the powers to have any matter withdrawn lie with the DPP.

In the case, Ng'ang'a was charged with obtaining Sh3.6 million from businessman Mwathi in 2016 by falsely pretending he would lease a 17-bedroom house to him in Karen, Nairobi.

In June, Mwathi testified that he went to see the house and was satisfied. He could, however, not recall the exact date.

He said in April 2016, with the help of a lawyer, he went to Ng'ang'a's office then they went through the contract together and he signed it.

Mwathi however, stated that he left the cash with his advocate to proceed to bank it in Ng'ang'a's account as he went for another meeting.