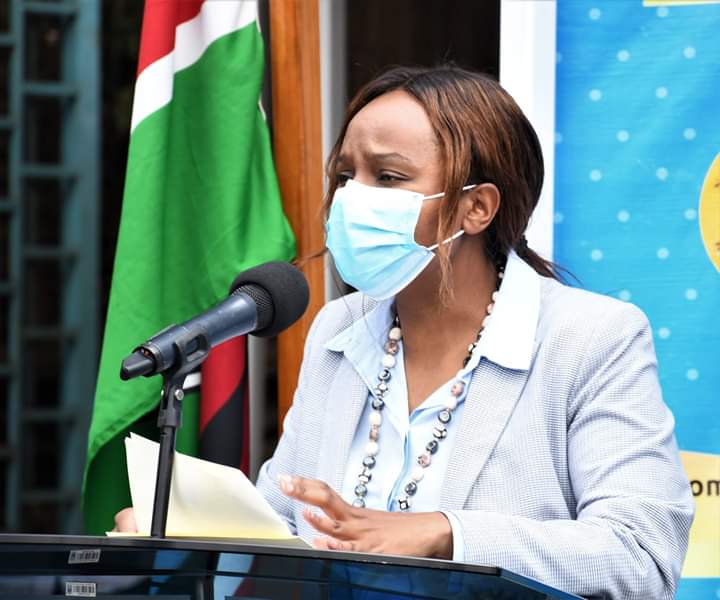 More children are getting hospitalised with Covid-19 in the fourth wave unlike previously, the Health ministry says.

The government on Tuesday said it had noticed an increase in paediatric admissions relating to Covid-19 complications.

Unlike in the first three waves where children who contracted the virus remained largely asymptomatic, the fourth wave has left more children hospitalised, the ministry said.

This has been attributed to the lethal delta variant that is now the most dominant in the country. The delta variant accounts for 90 per cent of current cases. It is highly transmissible and was behind the fourth wave.

“In the first, second and third waves, we have seen that children for some reason if they got Covid-19 they would be able to overcome it and were largely asymptomatic,” Health CAS Mercy Mwangangi said.

“With the delta variant, the case has been a little bit different. Again remember there are other factors together with the normal cycles of pneumonia and influenza within the country.”

Young children account for a small percentage of Covid-19 infection, with a growing body of evidence suggesting that their immune systems seem better equipped to eliminate SARS-CoV-2 than adults.

Experts have argued that their immune systems see the virus and mount a quick and effective immune response that shuts it down before it has a chance to replicate to the point that it comes up positive on the swab diagnostic test.

“We have had more paediatric cases reported in the fourth wave.  Fortunately, in terms of fatality, we reported more cases but the mortality has not significantly changed,” acting health director-general Patrick Amoth said.

The ministry called on expectant women to come out and take their Covid-19 jabs to protect themselves from severe disease.

“The last wave we witnessed an increased number of women who were ending up in ICU, pregnant mothers who were really getting severe cases of Covid-19 and so we are advocating together with our professional associations that at the end of the day, the benefits of the vaccine outweigh the risks,” Dr Amoth said.

The World Health Organization says it has no reason to believe there will be specific risks that outweigh the benefits of vaccination for pregnant women.

Covid-19 vaccination is recommended for all people 12 years and above, including people who are pregnant, breastfeeding, trying to get pregnant now, or might become pregnant in the future.

It has been acknowledged that failure to take the vaccine among pregnant women might lead to severe disease or even death.