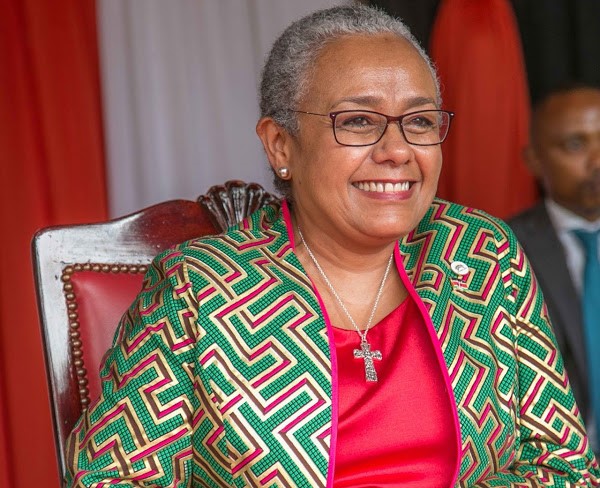 First Lady Margaret Kenyatta on Wednesday called for a multiagency approach to dealing with sexual and gender-based violence in society.

“I commend this move as it will help the victims get the much-needed services. People need to be empowered to be able to report the vice,” she said.

She made the remarks at the Kenya School of Government when she launched Policare Policy Initiative.

The initiative is a one-stop centre offering a holistic and multi-sectoral criminal justice solution to survivors of SGBV.

She said it amplifies Kenya’s commitment to ending any form of violence and female genital mutilation by 2022.

Inspector General of police Hilary Mutyambai said the National Police Service has joined hands with partners to have a one-stop centre solution where survivors of SGBV are attended to with dignity and confidence.

“This means police, medical, forensic, counselling and psychosocial support desks will be in one building. A functional court with a prosecutor and a magistrate will also be represented. Other agencies like prisons, gender and children's ministry shall be part of the team."

So far, two pilot projects are ongoing, with the Nairobi one nearing completion. Another one in Nanyuki is under construction.

“Once piloted, we intend to replicate the model across the country. Part of the project is retraining police on gender and sexual-based violence, focusing on timely and responsive justice to survivors,” he said.

Deputy Inspector General of Kenya Police Edward Mbugua, who read the IG’s speech, called for support of the initiative, saying they lack the finances to run it.

Gender CS Margaret Kobia said the issue is a global phenomenon, hence the need to have a multiagency approach.

“It has a relationship with poverty and therefore we are putting resources together to address it,” she said.

Interior CS Fred Matiang'i called on the police to change their attitude in general and adopt changes being rolled out.

“I plead with the police to change their attitude towards policing because understanding gender-based violence is a problem. We will involve all others needed to achieve this goal,” he said.

He said the initiative is the beginning of a journey to show Kenya is a society that cares for its people.