• According to the institute, the country was currently using Sh7.5 billion annually to acquire books for primary schools compared to Sh21 billion previously.

• The drop has been attributed to the move to source the books under the Competency-Based Curriculum (CBC) directly from the publishers. 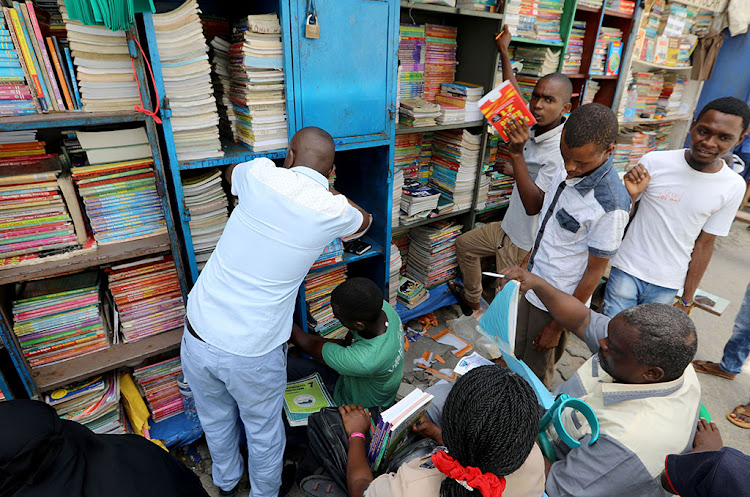 The cost of procuring textbooks for public schools in the country has dropped by over 150 per cent in the last seven years according to the latest data from the Kenya Institute of Curriculum Development.

According to the institute, the country was currently using Sh7.5 billion annually to acquire books for primary schools compared to Sh21 billion previously.

The drop has been attributed to the move to source the books under the Competency-Based Curriculum (CBC) directly from the publishers.

In the past, headteachers were mandated to buy the books leading to an outcry on how the learning materials were procured.

Currently, over 56 million books have been procured for all students in public primary schools with each student having a book on various subjects.

According to John Kimotho, senior deputy director in KICD, the move to acquire the learning materials directly from the publisher was bearing fruit.

He noted that in the past there were loopholes in the exercise which saw tens of students miss out on the textbooks despite the huge budgetary allocation.

“Before the government was using Sh21 billion to procure textbooks for public schools but this has dropped to Sh7.5 billion after KICD decided to engage the publishers directly,” he said.

On the oversupply of some books, he attributed this to massive transfers witnessed at the height of the Covid-19 pandemic which forced some parents to relocate to rural areas.

“In the process, some schools saw the number of students increase and in others, the number dropped but we are addressing this,” he said.

Kimotho added that a total of 21,628 public schools had been supplied with educational gadgets under the Digital Learning Programme (DLP).

Speaking during a consultative meeting in Sawela Lodge in Naivasha, he noted that a total of over 1,000 schools had missed out on the digital programme.

“Since the Digital Learning Programme started, many public schools have been established after 2016 and these are the ones that have missed out on the gadgets,” he said.

On his part, KICD Chief Executive Officer professor Charles Ong’ondo said that they had started the process of engaging education stakeholders on the new curriculum.

He said that the institute had already developed a teacher and students curriculum for the next three years despite emerging financial challenges.

“We are committed in this exercise of making sure that the Competency-Based Curriculum is successful and we shall in future involve the senate committee in all our undertakings,” he said.

Last week, the Senate committee on education lashed out at the Treasury for failing to release funds to procure learning materials under CBC.

According to the committee, the most affected were students heading to Grade six from five in May next year with plans to procure the learning materials affected by budgetary constraints.