Orders to remain in force pending determination of the petition 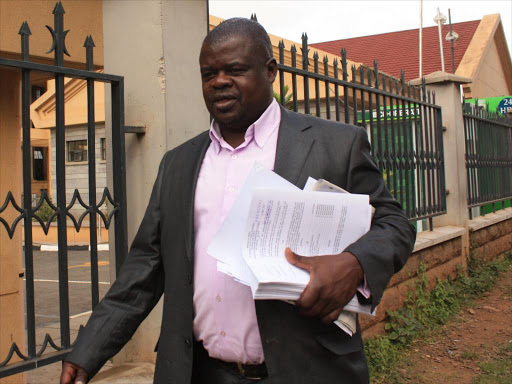 A judge has stopped 22 businesspeople claiming ownership of Busia airstrip's 25 acres from selling it.

The order arose out of an application filed by activist Okiya Omtatah in court seeking to nullify the title deeds in the names of 22 people who claim to own the airstrip land.

He named the National Land Commission, the Kenya Airports Authority, Kenya Civil Aviation, the Attorney General, the Inspector General of Police and the Registrar of Lands in Busia as interested parties in the case.

Omtatah also sought an order suspending the hearing and determination of another Busia civil case of 2013 involving James Kuria and 11 others versus the Transition Authority. Judge Omolo granted this order pending the conclusion of Omtatah's petition.

Omtatah’s petition is challenging the validity or otherwise of the titles held by the respondents. He wants the courts to intervene and restore to public ownership the entire Busia Airstrip land along the Busia-Kisumu highway, which was set aside for public purposes in the 1960s.

But some of the respondents argued Omtatah has not exhibited any document to show that their parcels are public land as alleged and that he had not listed the particulars of fraud in the petition.

They argued that the orders sought by Omtatah seeking cancellation of title and repossession of the said parcels go against the provisions of the law.

Omtatah, on the other hand, has submitted that he has produced evidence to demonstrate that Busia Airstrip land was acquired by the state in the 1960s.