Ruto reaps big as alignments start ahead of 2022

The DP has raided his opponents' camps, bagging the coveted support of influential leaders

• The defections have exposed the emerging political dynamics that could force the top presidential aspirants back to the drawing board to decide how to stop the DP. 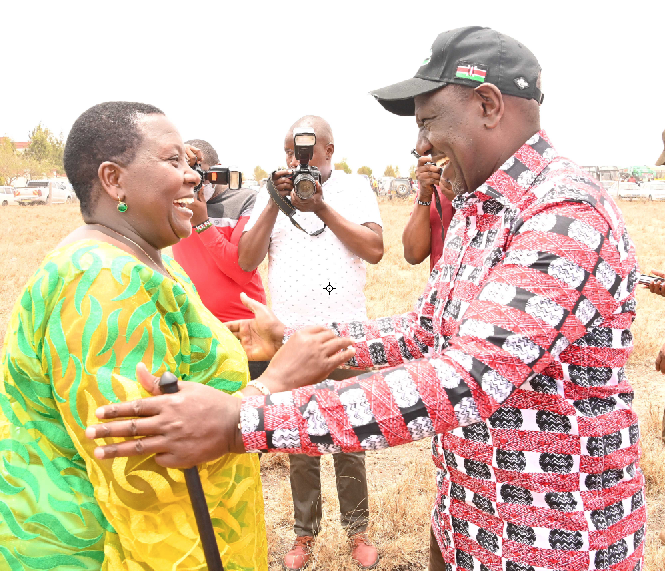 The DP is the biggest beneficiary of recent defections of influential figures from around the country, giving him a head start in the battle for votes and control of the counties.

The DP has raided his opponents’ camps clinching the coveted support of leaders who can sway their communities.

At this time, the State House race appears to be a battle between Ruto, ODM leader Raila Odinga and the One Kenya Alliance.

The defections have exposed the emerging political dynamics that could force top presidential aspirants back to the drawing board to decide how to stop the DP's momentum.

Analysts say that as the DP has attracted the crème de la crème in recent months, he has created a mental victory mindset among both his supporters and opponents.

Nairobi-based analyst Peter Mugwe said in politics, public perception is essential as it attracts voters towards the perceived winning side.

“People naturally want to identify with the winning team. The DP has in the previous elections managed to use this skill successfully. Apart from politicians following the wave that is popular in their regions, Ruto is also maximising the public perception,” he told the Star.

Ruto’s latest catch includes ODM-nominated MP Wilson Sossion who on Monday publicly announced that he now subscribes to the DP’s hustler movement and the bottom-up economic model being propagated by Ruto.

The immediate former Kenya National Union of Teacher secretary general who met the DP at his Karen residence said he has joined Ruto because the DP is one of the few brave Africa leaders to design a pro-common man agenda.

“As Kenyan labourers, we are with you 100 per cent to make sure you are the next president,” he assured the DP.

Sossion has expressed interest in the Bomet senatorial seat next year and he is expected to fight for the UDA ticket against incumbent Senator Christopher Langat.

From Thursday until Tuesday next week, the DP is expected to pitch camp in the Coastal counties of Taita Taveta, Kwale, Mombasa, Kilifi, Lamu and Tana River.

During the campaign blitz, some politicians who have been fence-sitting are expected to Join the DP's camp.

There are speculations that during his Kwale tour, Ruto is likely to formally receive former TV journalist Mwanaisha Chidzuga who is eyeing the Matuga parliamentary seat.

In Taita Taveta, some MPs and politicians will be unveiled, having shed their pro-handshake credentials and support for the pact between President Uhuru Kenyatta and Raila Odinga.

Mogaka says they will make sure the DP gains popularity compared to other presidential candidates.
Counties
2 weeks ago
by BY GIDEON KETER
News
13 October 2021 - 07:15