My name was not on Pandora papers - Uhuru

Says he has also not been mentioned in any illegality in the Pandora papers.

•"First and foremost my name is not there. Secondly, there has been no mention of any illegality or wrong doing on part," Uhuru said.

•Says he has also not been mentioned in any illegality in the Pandora papers. 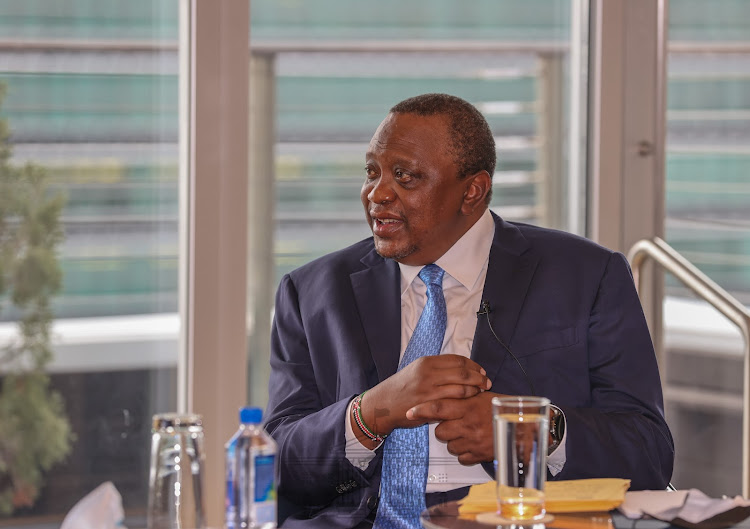 President Uhuru Kenyatta has once again responded on the Pandora Papers expose saying his name was never mentioned.

The President while speaking during the UN Security Council debate on Tuesday in New York, said he has also not been mentioned in any illegality in the same.

"First and foremost my name is not there. Secondly, there has been no mention of any illegality or wrong doing on part," Uhuru said.

Uhuru Kenyatta whose family's prodigious offshore wealth was exposed by a consortium of investigative journalists has since said he has nothing to hide.

He has insisted to respond “comprehensively” on his return.

In his previous response, the President neither denied nor discredited the leakage, saying such reports will enhance financial transparency in Kenya and worldwide.

"The Pandora Papers and subsequent follow-up audits will lift that veil of secrecy and darkness for those who cannot explain their assets or wealth," Uhuru said in a brief statement on the eve of his visit to the United States.

There's no reliable estimate of the family's net worth but its vast business interests span transport, insurance, hotels, farming, land ownership and the media industry in Kenya.

Uhuru says an audit will reveal those who cannot explain their wealth.
News
10 months ago
by SHARON MAOMBO Business Writer
News
12 October 2021 - 22:14