MULLE MUSAU: It's still early, more will come out to register as voters

There is no any cause for worry as of now 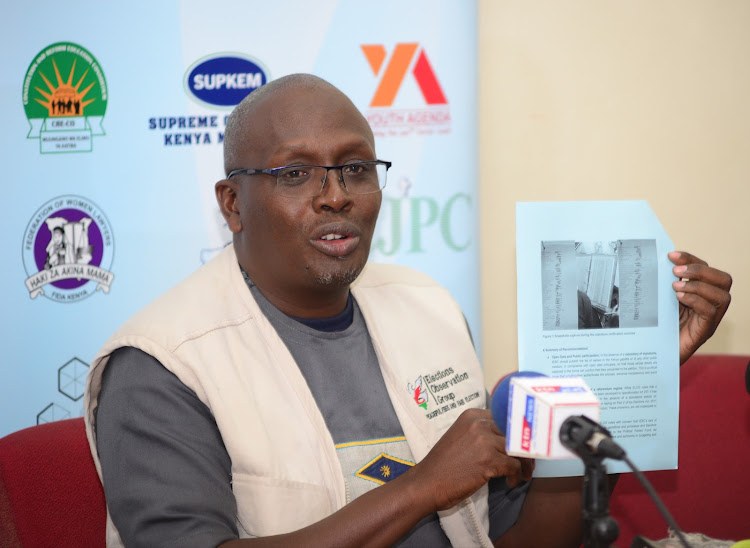 The update on enhanced continuous voter registration came just a week after the Independent Electoral and Boundaries Commission embarked on the process.

Voter registration in Kenya is a continuous exercise but, still, people do not turn up. The Kenyan culture of waiting until the last day can be seen to play out. The norm is that Kenyans are not in any rush to register until the very last days.

It is the first week and we expected there would be much more sensitisation. We are expecting things to change as the weeks go by. If you go back to the last elections, IEBC conducted two mass voter registration exercises; one in 2016 and the other in early 2017. If you look at the figures, you will see that the numbers in 2017 were far much more than those in 2016. The 2017 exercise was more successful.

Going with the narrative that Kenyans like doing things at the last minute, it means people will become much more serious as elections approach.

It means that if you conduct enhanced voter registration in October 2021 and elections are scheduled for August 2022, you are not likely to spur a lot of interest.

If there is going to be another enhanced voter registration next year, chances are that more people will show up then.

The IEBC has enlisted mobilisers to go out there and urge people to register as voters. We are also expecting politicians, as they campaign to be elected, to ask their supporters to register in huge numbers. It may be for their selfish interests, nevertheless, they will still mobilise people to register.

There is however a need for some extra hype from IEBC. They need to work much more closely with the media and, of course, politicians. Their engagement with the media should be much more robust.

All the same, I do not think there is any cause for worry as of now. The numbers may not be very good but things will change as days go by; and if all stakeholders play their roles in encouraging people to register.