The move will help will bridge the deficit of 400,000 bags, says KTDA chairman

• Last month, the Ministry of Agriculture requested Sh1 billion from the National Treasury for fertiliser subsidy. 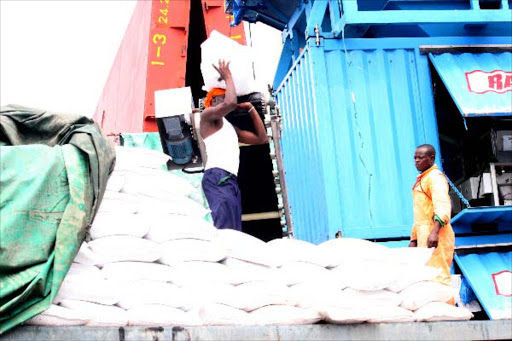 KTDA will buy fertiliser for tea farmers from local manufacturers to bridge the gap of a deficit of 400,000 bags.

Kenya Tea Development Agency chairman David Ichoho said there is a shortage of 20 metric tonnes, equivalent to 400,000 bags of fertiliser for tea farmers. He said so far, they have distributed 1.3 million bags of fertiliser to farmers.

“The fertiliser that was purchased earlier was not enough for the tea farmers and to meet the deficit, the government decided to mop up what is being produced by the local manufactures. This will also ensure the fertiliser is availed to farmers faster as the process of importing the commodity is long,” Ichoho said.

Speaking during an interview with Star on Monday, Ichoho said the manufacturers are required to deliver the fertiliser by November 15.

The chairman said there is no time to advertise for fertiliser importation and the process will take time and farmers need it for this season.

Munya, however, noted that the cost of fertiliser had increased, making it not affordable for many tea farmers. He said local fertiliser suppliers were selling at Sh2,600 but the KTDA fertiliser was selling at Sh3,000 which is expensive for many farmers.

He spoke during a media briefing on the status of the implementation of tea reforms.

“KTDA through my ministry requested the government for fertiliser subsidy amounting to Sh1 billion to cushion the farmers against the high cost of fertiliser. This will help reduce the cost of fertiliser by Sh600 from Sh3,073 to Sh2,473 per 50kg bag," Munya said.

He said the request for subsidy is being processed by the Treasury.

Munya attributed the increase to international market dynamics such as the rising cost of natural gas, fluctuations in foreign currency exchange rates and global logistical challenges occasioned by the Covid-19 pandemic.

He accused cartels and some ousted KTDA officials of being behind low 2020-2021 bonus.
Counties
2 weeks ago

CS Munya says growers will get the commodity by September 15.
Counties
1 month ago
by AGATHA NGOTHO Science Writer
News
12 October 2021 - 23:00