He had also posed as a brother of Devolution Cabinet Secretary Charles Keter.

• A lawyer to the victim had also complained to police for failing to arrest the suspect.

• He said the money his client used to pay was his pension. 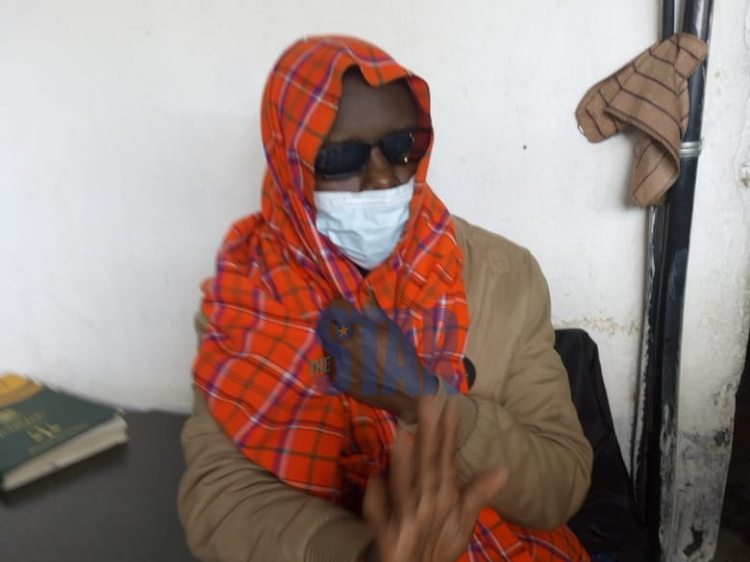 Victor Kiprono appears before a Nakuru court, online at the Nakuru central police station on October 12, 2021. He is charged with impersonation and obtaining money through false pretences.
Image: BEN NDONGA

Ng’eno was on Tuesday arraigned before senior resident magistrate Rose Obata and charged with obtaining money by false pretences and impersonation.

The investigating officer told the court that after arresting the suspect, several other complaints were lodged against him, some outside Nakuru.

He said the probe into his activities is ongoing. The officer added that Ng’eno has still not yet fully identified himself, has not had his fingerprints taken or been subjected to an identification parade.

The prosecution sought to have the suspect detained for 14 days to allow the police conduct their investigations.

The magistrate allowed for the detention period saying the matter will be mentioned on October 26 for further direction.

Nge’no, 32, was arrested on October 9 for among others impersonating a magistrate in Nakuru and obtaining Sh1.6 million from a man while carrying out the ruse in 2018.

He had also posed as a brother of Devolution Cabinet Secretary Charles Keter.

Keter was previously the Engergy CS.

Ng'eno told his targets he would help their children get jobs at the Kenya Pipeline Company.

According to police, Ng'eno, who was privy to an ongoing civil case involving the victim at the said law courts, sought a meet up with him where he promised to expedite the determination of the case in his favour.

Months that followed saw the victim part with Sh1,664,230 in the pursuit of justice which to him had taken too long.

The victim was shocked when he enquired about the "magistrate" at the courts, only to be told that no one by Ng'eno's name and description was ever a judicial officer anywhere in the county.

Efforts by the victim to reach Ng'eno by all means previously used were futile, as the latter vanished.

Devastated by the turn of events, the victim reported the matter to Nakuru detectives, who have since maintained Ng'eno's name on the wanted list of notorious fraudsters.

Ng'eno sneaked back to Nakuru county in his previous fashion and style only to be arrested.

A lawyer to the victim had also complained to police for failing to arrest the suspect. He said the money his client used to pay was his pension.