• Barchok says some aspirants moving around deceiving residents that they are the favourites for particular seats.

• Says the party primaries will be conducted in a free and transparent manner. 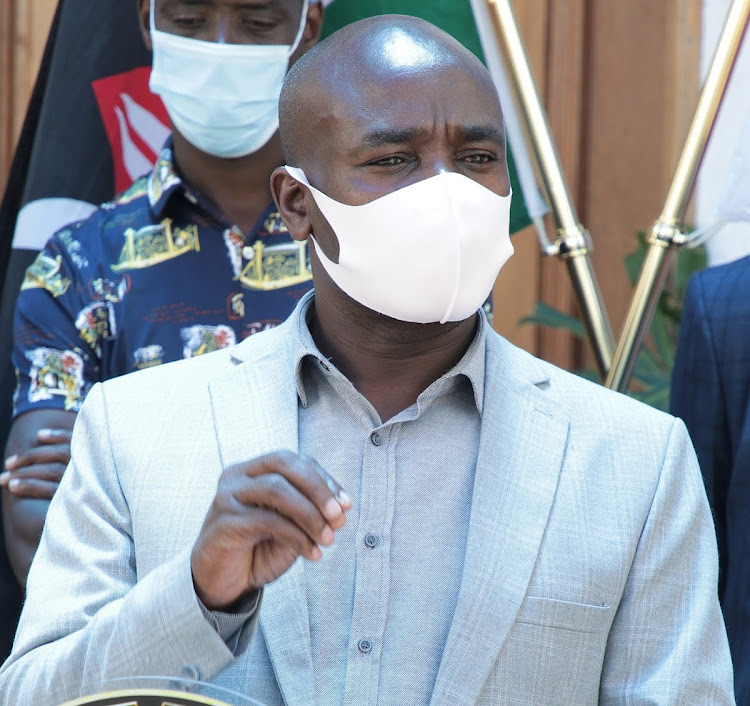 Barchok said he was aware of some aspirants moving around deceiving residents that they are the favourites for particular seats, allegedly having been endorsed or with the blessings of Deputy President William Ruto.

Barchok said the party’s primaries will be conducted in a free and transparent manner and party members will be the ones to decide.

“The Deputy President, who is the party leader, pronounced himself on the matter that the exercise will be fair and there is no preferred individual.

"So, all the candidates, including my opponents in the race for the gubernatorial seat, should know that,” the governor told the press in Bomet.

The IEBC had set April 9, 2022, as the deadline for the submission of names for party primaries. Parties are required to conduct their primaries between April 16-22.

Barchok will be seeking a UDA ticket for the governor race alongside CAS John Mosonik.

CCM's party leader Isaac Rutto is also in the race to seek a second term.

The trio has associated themselves with DP Ruto.

Meanwhile, leaders from the Bomet have teamed up to urge residents to turn out and register as voters in the ongoing mass registration.

Mosonik said low turnout in the region may be attributed to failure by the youth to collect IDs, hence the need for awareness forums.

“We need to instal the right leaders in this coming general election and the only way to achieve that is by registering in large numbers as voters so that we can take part in that crucial process,” Mosonik said during a church function in Sotik.

County elections manager Amos Abonyo said the people might be waiting for the last-minute rush, which will cause problems for the biometric machines.

Says it will back DP Ruto for President, but field candidates for other positions.
News
1 month ago

The two are walking a tightrope to avert fallouts in their strongholds.
News
1 month ago
by FELIX KIPKEMOI Correspondent, Rift Valley Region
News
13 October 2021 - 06:20