The respondent downplayed the claims and urged the court to dismiss the applications.

• The respondent however told the court that he never participated in the crime and he was just a businessman.

• The court ordered that the detectives detain the respondent pending investigations. 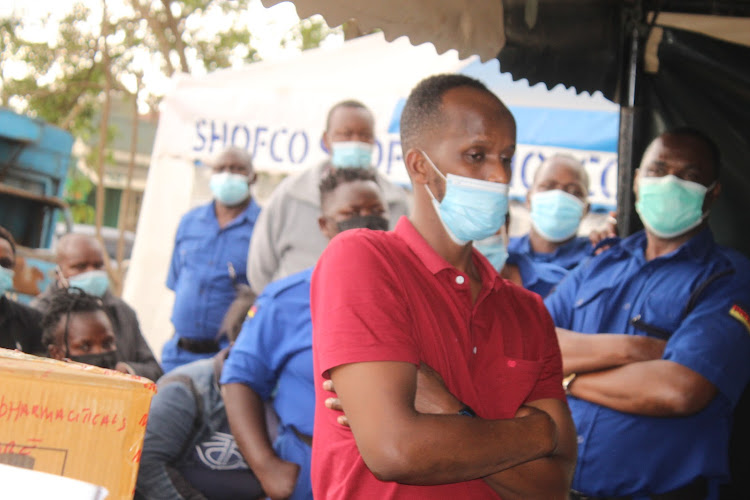 In the recent past, the news on the motorbikes being stolen, others missing mysteriously with their riders getting killed has been on the rise.

Nairobi city and Nyanza being the hot spot areas, police are now combing into the rampant stealing  so as to arrest more suspects.

For instance, Jibril Hassan Edin, a man linked to the incident  was arrested on October 6 and arraigned in court as police sought more days to detain him.

As ordered by court, Hassan will remain in custody until 13 of October.

In a sworn affidavit filed at a Kibera court by Patricia Mwendwa, an officer attached to Nairobi DCI, the court heard that the respondent Jibril was linked with big organized crime gang that has been conspiring to steal motorbikes from motor cycle lending agencies within Nairobi and Nyanza.

But he remains innocent until the police completes their investigations and press the charges against him.

The officer told the court that the bikes which are yet to be recovered, were stolen on diverse dates between September 24 and 30 and the report on the same was made vide OB no. 30 of Nairobi area, by the head of security Mugo Company Limited, Branton Sammy Mutea.

Mutea as per affidavit has been giving out motorbikes on credit after paying a down payment of Sh15,000.

The court learnt that close to 169 motorbikes amounting to Sh20,300,000 shilling are missing without a trace.

Preliminary investigations  indicates that the suspect recruit unsuspecting bodaboda riders who want to do bodaboda business, gives them Sh15,000 to loan the bike then give them Sh10,000  after signing the loaning document before repossessing them.

The suspects with his accomplices dismantles the tracking system and remove the number plate on the new bikes which are then shipped to Ethiopia through Moyale.

The court heard that completion of investigation relies upon the suspect to give lead to the recovery of the bikes and having other suspects arrested.

The court granted the detention of the suspect at Capital Hill police station for a period of 14 days.

The matter shall be mentioned on October 13.

Post a comment
WATCH: The latest videos from the Star
by CLAUSE MASIKA Court correspondent
News
10 October 2021 - 19:31
Read The E-Paper