Insistence on uniforms and official marked cars to check rampant extortion, other crimes 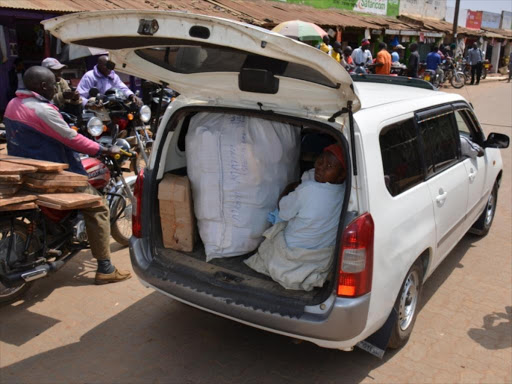 Nairobi police have issued a directive sending shivers down the spines of crooked cops.

The aim is to clean up the force, end widespread extortion, harassment, brutality, theft and worse.

Nairobi police boss Augustine Nthumbi issued the directive on Monday to check crime among police officers and warned that violators will be sternly punished.

He said on Wednesday the sweeping decision was taken in response to citizen complaints about police harassment, extortion, brutality, theft and other offences.

Use of private vehicles and unmarked vehicles by police; Probox cars have been popular.

Any patrols or operations outside Nairobi, their area of jurisdiction.

Arbitrary arrests and raids on bars unless police are dressed in Persian blue uniforms and under the command of an Inspector of Police.

No plainclothes, uniforms a must.

“Stern departmental action will be taken against any person contravening this directive," Nthumbi said in a memo.

“The use of such [unmarked, private] vehicles by officers in civilian attire has now been prohibited and as such will be deemed as illegal operations and extortion, which are criminal," the police boss said.

The directive said not all officers will be allowed to raid bars, check trading licences and make arrests.

For instance, the directive said Quick Response Unit (QRU) officers in jungle uniforms will not be allowed to make arrests or visit bars and restaurants.

“Policing needs to be done professionally. Station commanders must be ready to explain why private vehicles are used in policing matters,” the commander added.

He said some officers had taken advantage of measures introduced to good faith and were using them to abuse the public they were sworn to protect.

They were captured on CCTV collecting alcohol from shelves and later claimed they were exhibits.

Police have been accused of high-handedness, which sometimes has turned fatal.