PAIN AT THE PUMP

• Among preliminary proposals is for the Petroleum Ministry and EPRA to review the current pricing formula.

• Current formula is said to have multiple tax heads charged on fuel users. 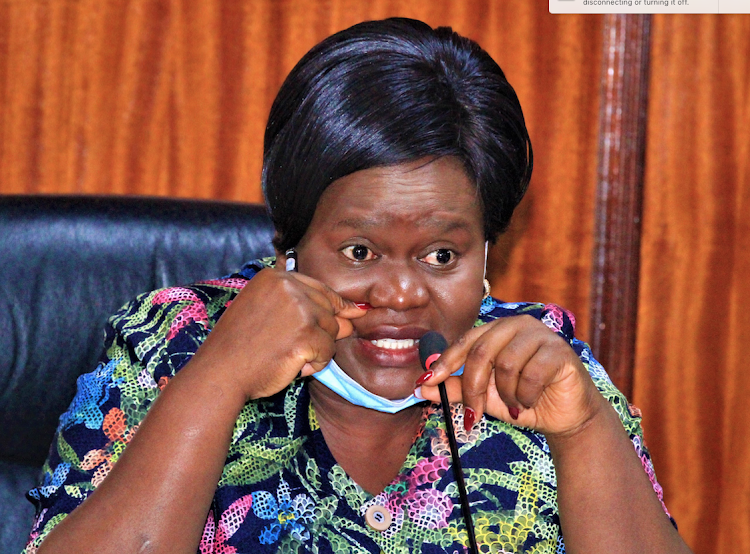 The National Assembly Finance Committee has sought seven more days to conclude the review of the factors behind the high fuel prices.

Demurrage is the charge that is based on the time a ship takes to offload fuel at the Mombasa Port terminal for storage by Kenya Pipeline Company.

The committee was to conclude the review of the factors staging the high fuel prices by Wednesday.

Wanga said her team has, however, made significant progress having met 10 stakeholders in the fuel sector.

“The committee has received new information on demurrage charges which has a bearing on fuel prices. We want to inquire further on the charges which arise from delayed clearance of imported fuel,” Wanga said.

“We assure the House that the committee is committed to its mandate and would hasten the process.”

National Assembly speaker Justin Muturi accepted the request, terming it fair, especially in the face of the new information.

“This is a fair request. I have seen draft proposals recommending certain legislations. The committee has made some recommendations, which I have read,” Muturi said.

Sources in the committee intimated to the Star that they have preliminarily recommended amendments to the Petroleum Development Act, 1991.

The bill in the works would be to provide that the fuel levy be managed by a board similar to the one that mans the roads maintenance levy.

MPs also want the law changed to specifically provide that the levy be spent on stabilisation of fuel prices and for the development of common facilities used to move oil products.

The committee has also reportedly sought a review of the formula used in the distribution of money from the fuel levy to oil marketing companies.

The Star has further established that MPs want the National Treasury to immediately revert the Sh18.1 billion that was diverted from the Petroleum Development Levy Fund.

MPs want regulations affecting taxes, levies, and fees to be decided upon in the plenary - by the whole House, and not the committees that ratify statutory instruments.

Sources further indicated that there would be a call for the Petroleum Ministry and EPRA to review the current pricing formula.

MPs during the public participation sought that KPA fast-track the completion of the Kipevu Oil Terminal II to eliminate the demurrage costs.

Matungulu MP Stephen Mule, who petitioned Parliament to review the formula to give the citizens the reliefs, backed the call for more time.

“I agree with the committee and I believe it is for the good of the country to get a lasting solution,” he said.

Garissa Township MP Aden Duale called for further inquiry into what the National Treasury spent the fuel levy on.

“I want the chair to look at this matter and confirm that between July last year and September this year Sh38.6 billion was collected and only Sh8 billion was used to stabilize fuel prices,” he said.

“It was brought because dealers were few. The sector of the economy is now littered with many players. It is the onus of the government to create an environment for businesses to compete fairly,” Junet said.

Wajir South MP Mohamud Sheikh said, “Unless we do thorough investigations to determine the lapses in demurrage which I believe is the cause of the fuel prices.”

Lawmakers say whereabouts of Sh21 billion balance from the kitty is unknown.
News
1 year ago

EPRA says trend in global prices point to worse days ahead.
News
1 year ago
Post a comment
WATCH: The latest videos from the Star
by MOSES ODHIAMBO Journalist and Political Writer
News
05 October 2021 - 18:27
Read The E-Paper