•Petroleum department hails pricing formula as the best, most sought-after by other jurisdictions. 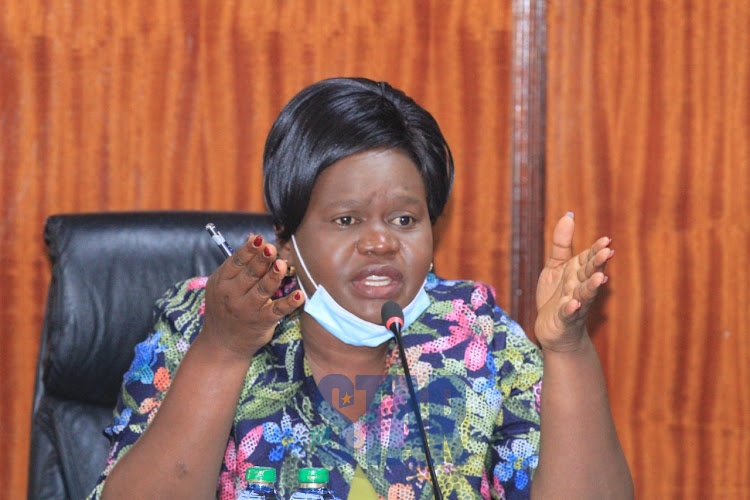 Members of Parliament are considering abolishing the fuel levy, citing challenges with the accountability of the proceeds netted from the tax.

The Finance committee chaired by Homa Bay Woman MP Gladys Wanga made the suggestion during a meeting with Petroleum PS Andrew Kamau.

The committee cited the lack of openness on the part of the National Treasury in the management of the monies netted in the fund.

MPs raised concerns there was a likelihood the money was being used for other functions other than that for which the levy was established.

The lawmakers questioned the whereabouts of Sh21 billion of the Sh30 billion collected between July 2020 and August 2021.

This followed an indication by the government that Sh8.6 billion has been spent to cushion Kenyans in the stabilization of fuel prices between May and August.

Wanga dismissed the assertions by PS Kamau that challenges with the fund stemmed from the lack of a board to oversee its utilization of the fund.

“The reasoning that a board be in place does not arise. The committee may be forced to revoke the levy because it has been an illegality throughout the time,” the Homa Bay Woman MP said.

She sought answers on what would happen in the event the government reduced fuel prices by Sh5 rather than take the money from fuel sales.

More pain for Kenyans as fuel, beer prices set to go up, again

At least 31 products including cars, cigarettes, water and juices to be affected.
Business
1 year ago

The committee has further demanded details of the formula used to distribute the stabilization fund to oil marketing companies and the list of companies that have won tenders to supply fuel.

“We could be getting money to a few people. Where is the formula anchored?” Wanga asked.

The concerns followed assertions by PS Kamau that there was no fund established specifically to help in the administration of the levies collected in respect of fuel.

“Are you saying there has never been a fund since 1991? The Petroleum Development Levy Order says there would be a fund. We need clarity on the matter since you have said it is just a levy,” Wanga said.

PS Kamau, revealing that the National Treasury has approved the continuation of stabilization of fuel prices, said the account that receives the levy is audited on an annual basis.

“The account is under the oversight of the special funds committee of the National Assembly,” the PS said, adding that the stabilisation has not ended.

PS Kamau told MPs that fuel was not stabilized in the period from August to September but emphasized that the programme will continue.

"This is not a subsidy...it is a price stabilization hence the reason some months were not covered…subsidies rarely work…we chose stabilization than subsidy."

He said Kenyans stand to lose more if the Sh5.40 charged per litre in fuel development levy is abolished; further pointing out there was little room for abuse of the proceeds.

“We would lose a lot if we were to remove the Sh5.40. We will lose flexibility. Even as we deliberate on these issues, we have to consider the long-term effect,” Kamau said.

“Let us keep it for flexibility sake as opposed to before when we had no money in the fund. My opinion is that we retain the levy at the current level for growth purposes and for flexibility,” the PS said, asking that Kenyans should not lose sight of why the levy was put in place.

Treasury PS Charles Muia, in a separate meeting with the committee, said the Exchequer disbursed Sh25 billion to the state department of petroleum, Energy ministry, and Transport ministry.

MPs however questioned adherence to the fund’s requirements saying it was created in mandatory terms hence the responsible ministries have no room to run the kitty as they wish.