The Wiper leader has been calling for a lifestyle audit of the Deputy President.

• Ruto has previously revealed he makes Sh1.5 million a day from his Koitalel poultry farm. The farm is home to 200,000 chickens. 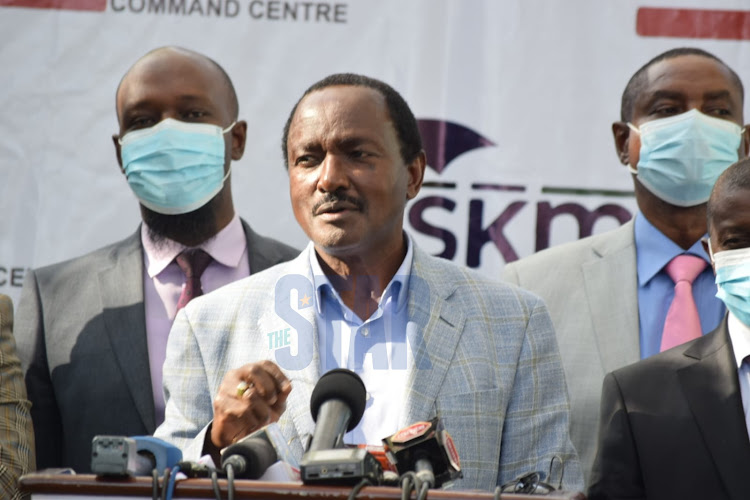 Speaking in Mwingi on Saturday, Kalonzo who attended the funeral of his former driver and his wife, said the DP earns about Sh1.2 million as his state salary, yet the last time he was in Kitui he contributed around Sh10 million.

However, Ruto has previously revealed he makes Sh1.5 million a day from his Koitalel poultry farm. The farm is home to 200,000 chickens.

The Wiper leader said it is ironic how leaders get their wealth in questionable ways and use it to 'bribe their way to popularity and election to political offices'.

Kalonzo also dismissed Ruto’s bottom-up economics approach, terming it handout economics whose intent is a quick fix and not a sustainable economic model that can prosper a country to the next level.

The former VP, who made a stopover in Mwingi town, assured residents that he will be going for nothing less than the presidency, in next year's General Election.

The 200 acres has been in question as it originally belonged to the National Youth Service.

Kalonzo went to DCI headquarters in August, where he was given a report that showed he is the rightful owner of the land.

In August, Kalonzo said Ruto was the least qualified person to accuse anyone of graft and challenged him to explain the source of his wealth.

He called for a compulsory lifestyle audit on all those seeking elective posts, starting with the MCAs, MPs, governors and the president.

The DP lays bare his Safaricom and Kenya Airways shares worth millions of shillings.
News
1 month ago

The land has been in question as it originally belonged to the National Youth Service
News
2 months ago
by BRIAN ORUTA Digital Journalist
News
26 September 2021 - 14:18