The government in partnership with the private sector aims to construct 200,000 housing units annually 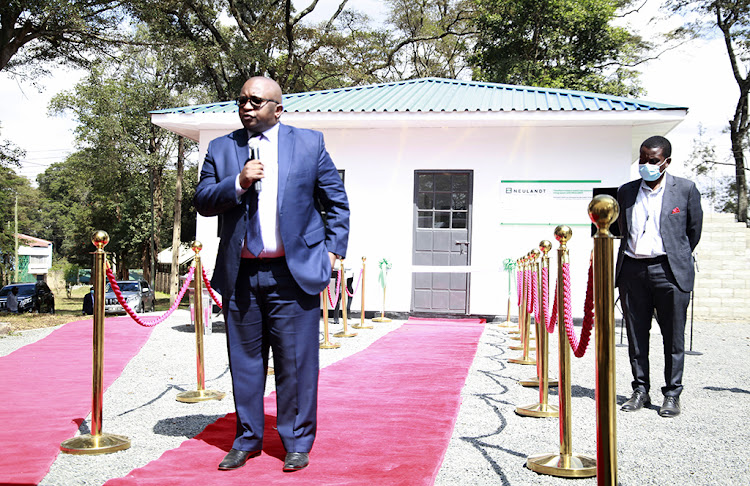 He said the new technologies will enable the government achieve the affordable housing goal which is one of the four pillars under President Uhuru Kenyatta’s flagship Big Four project.

Under the project, the government in partnership with the private sector aims to construct 200,000 housing units annually.

“When are we going to see you (contractors) building such houses like this? This is what affordable housing looks like, it doesn’t have to mean that low cost houses have to be poor quality,” Hinga said.

He was speaking in Nairobi during the launch of an Austrian construction company that launched a new building technology dubbed portable precast concrete.

However, Hinga said the government will not adopt the technology but rather create an enabling environment for local contractors to take it up.

He said the ministry will help contractors to work with the Austrian company should they show interest in the new technology said to greatly cut the cost of construction.

“The work of the government is to create an enabling environment and support those venturing into business, and this is what we aim at,” he said.

The technology is a brainchild of the NEULANDT company.

Hinga said the technologies will greatly reduce the cost of construction with the model house priced to cost Sh26,000 per square metre.

The technology is reinforced concrete. Printed at factory and assembled on site.

The technology uses a precast concrete that is used for construction of house walls rather than the traditional stones and mortar traditionally used.

Under the new technology, the concrete to be used as walls are prepared ergonomically in a horizontal position, before the concrete is poured in a vertical position in the battery.

The concrete is then left to dry for eight hours before it is then taken and fitted to the foundation of the house under construction.

The concrete is fitted using bolts and steel for reinforcement.

The technology is touted effective and saves on time, quality and cost.

According to the NEULANDT director Dr Wolfgang Litzlbauer the Kenyan model house was put up in eight hours.

Post a comment
WATCH: The latest videos from the Star
by LEWIS NYAUNDI Education Reporter
News
26 September 2021 - 23:00
Read The E-Paper