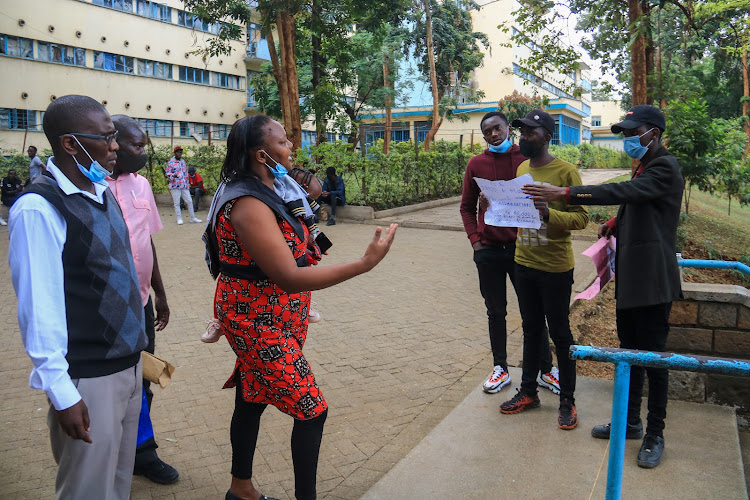 Vice chancellor Stephen Kiama says he is committed to deal with the financial crisis at the University of Nairobi.

The VC spoke during the 65th graduation on Friday where 4,205 students were awarded certificates.

In total, 36.7 per cent of the graduands were females while 63.3 per cent were male.

The university has cut its expenditure with this year's budget reduced from Sh17.9 billion in the 2018-2019 financial year to Sh15.4 billion years.

“A reduction of close to Sh2.5 billion is not a small reduction. This has been done to align it to our income because if we don’t do so the deficit of our university will continue increasing,” Kiama said.

The institution has also suspended the hiring of new staff except in very critical areas to help them progressively manage costs and expenditure.

“Those who retire and would like to continue serving with us here, especially the professors, we have given them an opportunity to serve as emeritus professors rather than on pause retirement contracts,” Kiama added.

On financial management, the institution has fully nationalised their accounts, and is now using banking through computers and telecommunications.

“We have moved to one hundred percent e-banking and have eliminated all cheque and cash transactions at the University of Nairobi,” he added.

The institution further reduced the number of courses offered from 597 to 326.

“We will continue to invest our resources in the retained programmes and ensure that those we retain from here move out and contribute to the transformation of our communities,” Kiama said.

The human resource department has been restructured to accomplish the co-mandate of the institution which is teaching, learning and research.

The VC lauded the institution's researchers for performing well and raising the name of the university.

“Establishing partnerships and collaborations with stable partners, our researchers have continued to perform exemplarily well despite the challenges brought by Covid-19,” he added.

During this year's graduation, UoN chancellor Vijoo Rattansi conferred a Higher Doctorate of Science degree to Prof Fredrick Were for his exemplary work in the medical field.

On her part, the Eduction Chief Administrative Secretary Mumina Gallo Bonaya pointed out that in difficult times, universities must step up to offer leadership in research, innovation and technology.

“You the graduands carry the hope for a better future for our country. You must find ways of contributing to national development with all the knowledge that you have acquired. It is your time to make your contribution in nation-building,” Bonaya said.

Bonaya was delivering a speech on behalf of the Education Cabinet Secretary George Magoha.

The changes by the university council touched on the reorganisation of the administrative structure, including abolishing 24 colleges, from 35 to 11.

Last month, the council directed the most radical restructuring exercise in the university's history.

It placed senior staff on contract, abolished departments, and reorganised faculties, despite protests over the lack of a clear policy.

The changes also affected the Faculty of Education and the Literature department.

Post a comment
WATCH: The latest videos from the Star
by LAURA SHATUMA
News
24 September 2021 - 15:49
Read The E-Paper