How pilot cop rescued two minors from kidnapping in Lang'ata

The officers immediately set off for Muthurwa, in search of the parents of the minors.

•The girls aged three and four , were rescued from a man who was ferrying them to an unknown destination.

•DCI Director George Kinoti said the girls had been lured from their home as they played with Jackson Mutinda 31. 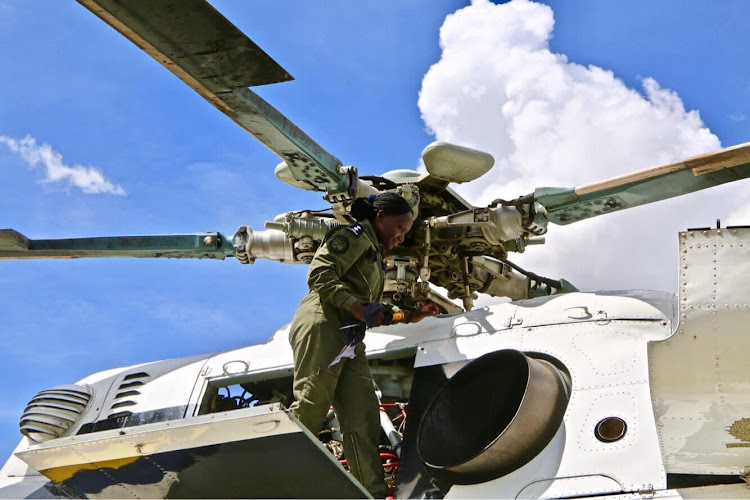 Two children have been rescued in a case of kidnapping in Langata area, Nairobi.

The girls aged -three and four- were rescued from a man who was ferrying them to an unknown destination.

DCI Director George Kinoti said on Monday that the girls had been lured from their home as they played with Jackson Mutinda 31.

"Mutinda was arrested at shell petrol station along Langata road, as he walked with the girls to a yet to be established location,"Kinoti said.

Kinoti said the man was arrested by Chief Inspector Justine Ouya, an aircraft engineer at the National Police Service Airwing who had just landed from a troops resupply mission.

"She was walking along Langata road, when she came across the man holding the two girls by their hands. He was walking with the minors towards Karen direction," he said.

"After observing him and the little girls briefly, her intuition as a police officer coupled by her motherly instincts led her to being suspicious. She immediately stopped the man and interrogated him."

Kinoti said Ouya spoke to the minors and established that the man was not their father as he had alleged.

"Mutinda was immediately restrained. After interrogating the abductor, it was discovered that he had lured the little angels from their home in Muthurwa, promising to buy them a soda," he said.

The officers immediately set off for Muthurwa, in search of the parents of the minors.

After a few hours, the parents were finally traced.

How to keep your child safe in wake of increased kidnappings, murders

The suspect is currently in custody at Langata police station, being processed for arraignment on Child Trafficking charges.

Since the beginning of the year, news of children being abducted, murdered has left parents fearful and heartbroken.

Every other day, a picture is posted of a young son, daughter, cousin or sibling who has disappeared from different estates within Nairobi and its environs.

In July, United Nations children's agency, Unicef, condemned the kidnapping and murder of children in Nairobi and other parts of Kenya.

It called for those responsible to be held to account and for additional measures taken to protect children.

A man aged 20 is in police custody after his alleged confession to killing more than 10 children.

Parents have expressed concern over the safety of their school-going children.

A court acquitted another self-confessed killer for insufficient evidence.

Philip Onyancha grabbed national headlines 10 years ago when he confessed to killing 17 women across the country and drinking their blood.