Wario will spend six years in prison, should he fail to pay the fine.

•Wario will spend six years in prison, should he fail to pay the fine. 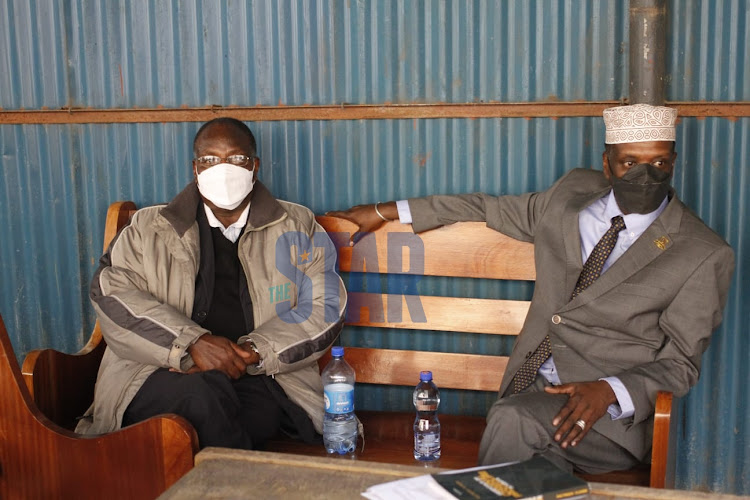 He will spend six years in prison, should he fail to pay the fine.

Magistrate Elizabeth Juma on Thursday sentenced Wario after he was found guilty of abusing his office over the Rio Olympics games fiasco.

Meanwhile, former Olympics team leader and ex-Nock official, Stephen Soi, has been fined Sh115 million, or he is to serve 17 years in prison in default.

Soi faced three counts of abuse of office and three counts on willful failure to comply with applicable procedures and guidelines relating to management of public funds.

Juma said she took into account all accused persons are first time offenders.

The decision by Wario to send three undeserving people to Rio for the 2016 Olympic Games is what made the court find him guilty of abuse of office on Wednesday.

Wario added three people to the Team Kenya list to travel, yet they were not on the accreditation list.

The magistrate said she also took into account that by the time Wario instructed some witnesses to be included in Team Kenya there was no negative publicity. It only emerged later when they were in Rio.

"Wario was in attendance and chaired some of the steering committee meetings. Nothing stopped him from having the names of the three additional people mentioned in that meeting," she said.

Juma said Wario arbitrarily forced the three to be included after obtaining Brazilian visas which was contrary to Olympic accreditation.

"The court is called upon not only to give a retribution sentence but also a restorative sentence to recover the monies," she said.

On Wednesday, Juma said Wario took advantage of his office by sending Adan Enow, Richard Abura and Monica Sairo to the Rio games. Their improper trip to Brazil resulted in a loss of public funds.

The list of delegates, the court said, was presented to the steering committee without the three names. The three travelled to Brazil on a visa issued by the Brazilian Embassy.

Magistrate Juma found the additional names were included after accreditation was closed. She called this a clear indication they were not part of Team Kenya, yet their expenses were borne by the Kenyan government.

“There was a misuse of money during the Rio Olympic Games. Anyone who played a role in the planning of the Olympics was included in the travel. This is not the Spirit of the Olympic Charter. The budget for the games should be tailored on the needs,” she said.

When Wario was placed on his defence after he was found to have a case to answer, he defended himself by saying his role in the Human Resource manual allows him to mandate an official to travel.

He said it was within his mandate to allow the people to travel out of the country. He testified the Rio 'fiasco' was all lies and bad publicity created by sports coach John Anzara.

But the court found he had no mandate to allow the trio to travel as Team Kenya. His move, the magistrate said, caused confusion in the issuance of tickets and alterations of tickets that may have related to the loss of public funds.

In Soi's case, he was the one who prepared a list for Team Kenya. The list was used for procurement of tickets, payment of allowances and payment of media facilitation.

The court found that Soi, being part of the steering committee, failed to disclose there was a double payment of Nock officials. He prepared and included officials of Nock and submitted their names for payments.

He also authorised the cancellation of air tickets resulting in a loss of Sh9.7 million public funds.

Soi sought to have his sentence and fine suspended pending appeal but the court declined.

Some 184 people travelled to the Rio Olympics and the amount paid as allowances was about Sh150 million. The eight-person Kenyan Media Team were paid $10,000 per person for allowances.