• MCK CEO David Omwoyo held that the nature of gaming is warped so it is difficult to pick a person flouting the rules.

• This was even as the betting regulator BCLB blamed lawmakers for frustrating their efforts to end uncontrolled gambling in the country. 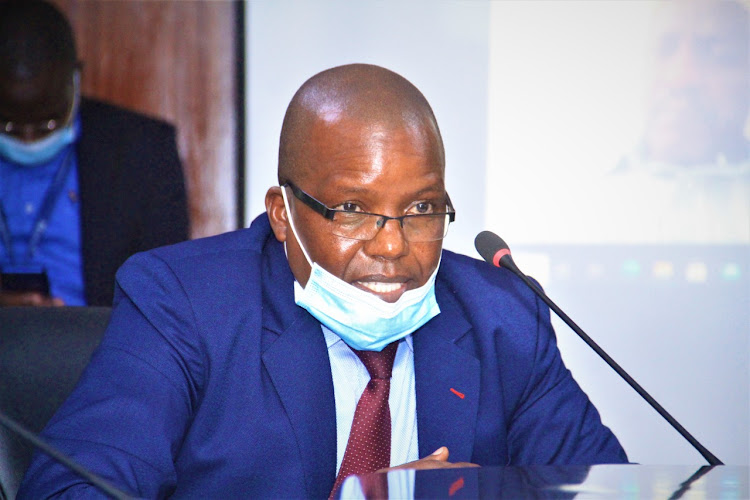 Lawmakers are seeking an audit of all pay bill numbers media houses use in conducting gaming promotions on air.

Members of the ICT committee of the National Assembly said this would help build transparency in the operations of broadcasters.

Nominated MP Godfrey Osotsi said they were concerned that broadcasters never declare the amounts raised in a game.

“We need to get the pay bill numbers, their owners and the respective media houses where the numbers are promoted,” the lawmaker said.

The MP, in the call to the Communications Authority, said they were concerned the transactions conducted through the pay bill numbers are never reported.

“CA is taking this committee for granted. They are supposed to be the regulator of telecommunications operators. They can't tell us to go ask the Central Bank,” Osotsi said.

He sought that BCLB provides details of the pay bills run by radio and television broadcasters and the amounts traded through the same.

CA representative Christopher Olweru said pay bill numbers are issued by mobile network operators as part of their banking operations which is regulated by the Central Bank of Kenya.

“CA has requested for the information from the three operators and the same will be shared with the committee once received,” Olweru said.

MCK CEO David Omwoyo held that the nature of gaming is warped so it is difficult to pick a person flouting the rules.

“It is a complex matter. We have also come across cases of connivance where media owners don't own the pay bills that are marketed on air,” Omwoyo said.

He said the council would propose to amend the MCK Code of Conduct to include gaming and betting, classification of betting ads and craft an advertiser’s code of conduct.

“We have requested the ICT Cabinet Secretary to renew the media policy to remove conflicting mandates which have staged forum shopping. People choose where they want their case to be heard,” he said.

Omwoyo told MPs that there was the need for a forensic audit of the monies raised through the games aired on radio and television.

This was even as the betting regulator BCLB blamed lawmakers for frustrating their efforts to end uncontrolled gambling in the country.

Citing delays in the enactment of the Gaming Bill, 2019,  the Betting Control and Licensing Board holds that they have no strong legal backing to deal with the menace yet a lot is expected of the agency.

BCLB director Peter Mbugi told MPs on Wednesday to consider passing the bill which would see the establishment of the Gaming Authority to deal with matters gambling.

Revealing that only one broadcaster is licensed to carry gaming ads, the betting regulator said it lacks the legal instruments to monitor abuse of broadcast media to promote betting.

“No other media house has applied or been issued with prize competition licence,” Mbugi said.

“I was confident the gaming bill would solve this problem but it is yet to be passed. The current betting law was assented to in 1996 when the environment was different.”

He said the answer to this problem lies with the Gaming Bill. It would not only address challenges but also put in place a proper regulatory framework.

He told the Marakwet East MP William Kisang-led National Assembly ICT Committee that the bill is the board’s priority or else it will be like sending an army in the 21st century with bows and arrows.

The committee also received submissions from the Media Council of Kenya and the Communications Authority.

Kisang, in response to the delayed legislation, said “We are here to help them. Once the house business resumes, we will fast track the bill.”

Mbugi further lamented that it was not the board’s mandate to do media monitoring, adding that the agency also lacks the capacity to enforce the rules.

“Let us strive to pass the gaming bill to establish an authority to deal with gaming. Without passing the bill, we will continue complaining,” he said.

Kisang backed the assertion saying until the law is signed, the BCLB will not be independent.

BCLB on September 13 wrote to the KFCB withdrawing new advertising guidelines which intended to ban the airing of betting ads during prime time.

He argued that a total ban on gaming and prize competition may affect innocent players in the market whose campaigns do not affect children.

“Because of the absence of proper legal provisions, we have no ground whatsoever to suspend some promotions. If galvanised, we run the risk of disenfranchising other players,” he said.

The board further reported that the broadcasters had obtained orders stopping the implementation of the guidelines, as the betting programmes are yet to be classified.