The politicians were drifting towards Gideon Moi–President Uhuru Kenyatta axis 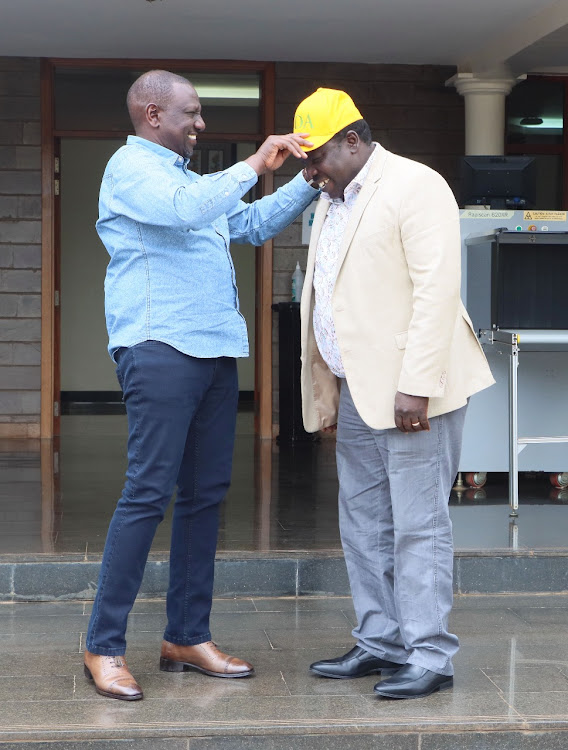 Rift Valley leaders who have been opposed to Deputy President William Ruto's crusade are now warming up to his UDA party ahead of next year’s general election.

In a clear pointer of a strong wave of the party in the region, sitting MPs and Kanu-era politicians who were drifting to Baringo Senator Gideon Moi and President Uhuru Kenyatta's axis during the BBI campaigns are now making their way to DP Ruto's camp.

Anabkoi MP William Chepkut (Independent) is the latest to announce his supports for Ruto’s State House bid and that he will defend his seat on the United Democratic Alliance ticket.

The first-term legislator acknowledged that the UDA wave was sweeping through the Rift Valley and it is too strong for one to go against it.

In a phone interview, the lawmaker called for free and fair nominations during UDA primaries.

“I will be running on a UDA ticket in the 2022 General Election and I will be supporting the Deputy President. I have listened to the people of Ainabkoi who have told me where to go and where the winning team is,” Chepkut said.

The MP was among the few leading lights campaigning for the Building Bridges Initiative, a process championed by the President and his handshake partner Raila Odinga to amend the Constitution.

However, the proposed changes were declared unconstitutional, null and void by the High Court, a decision that was also upheld by the Court of Appeal, dealing a blow to politicians who had hinged their political survival on BBI.

A one-time harsh critic of Ruto, Nandi Hills MP Alfred Keter, has for close to two years now uncharacteristically maintained a low profile and once in a while giving hints that he will support Ruto.

Rutto, the former Council of Governors chairman, is planning a comeback for the Bomet governorship next year. He has announced that he is also backing the DP.

Sirma was two weeks ago received by the DP at his Karen residence. He announced that he will be part of the key pillars in leading the DP campaigns.

Kutuny who is the Jubilee deputy secretary-general has on two occasions hinted he could support Ruto.

Sources have told the Star that anytime this week or next week, Ruto will be receiving at least seven high-ranking politicians to the UDA camp.

Kapseret MP Oscar Sudi who alongside Bahati MP Kimani Ngunjiri are said to be leading the reconciliation between the DP and the renegades on Wednesday told the Star that there is a long queue of leaders from across the country who are making a comeback.

The close confidant of the DP said the state had used BBI to scare away DP supporters saying now that the general election is fast approaching, leaders are aligning themselves with the winning team.

He said, in the coming days, several leaders across the country will decamp to the hustler movement.

“This movement is so strong in nearly all the 47 counties such that if you are an ambitious politician, for you to survive, UDA and William Ruto is the way to go.”

“The DP during a television interview in May said in September we will witness several leaders who had been forced to support what they did not believe in cross over to hustler movement,” Sudi said.

“That moment is here, governors, MPs and other leaders who had gone under for fear of reprisals are coming out and making their stand known.”

On Tuesday, the DP, at his Karen office, received Kabarnet MCA Ernest Kibet to UDA.

Although elected as independent, Kibet has been the right-hand man of Gideon Moi both in and out of the county assembly and the move could deal a blow to the Baringo senator who has joined the long list of presidential aspirants.