The prosecution team has however opposed Kamket's bond application.

• Chief Magistrate Elizabeth Usui detained the ruling on Tuesday and will determine on his bond application on September 16, 2021, at 2:30pm.

• State Counsel Alloys Kemo stated that the words by the Tiaty MP were intended to stir feelings of hatred between different communities in Olmoran area. 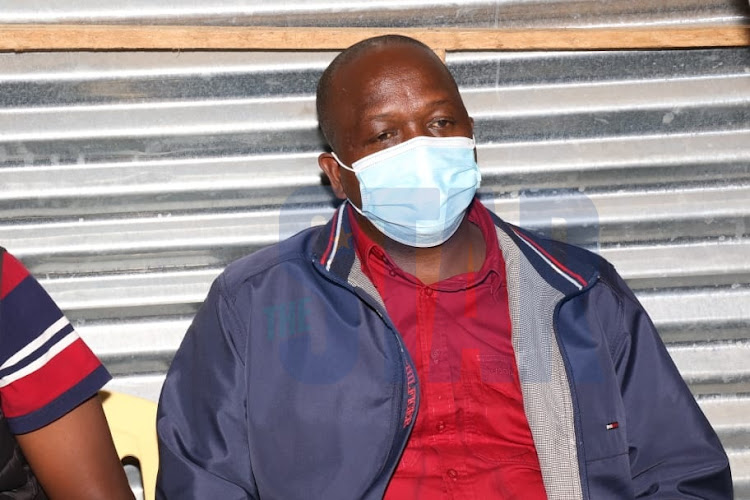 Tiaty Member of Parliament William Kamket will spend two more nights in police custody awaiting bond application after being charged with subversion at a Nakuru Court.

Chief Magistrate Elizabeth Usui made the ruling on Tuesday and will determine his bond application on September 16, 2021, at 2:30pm.

Kamket was charged that on July 16 at Amaya area of Tiaty in Baringo during a meeting, he unlawfully and willfully uttered words:

State Counsel Alloys Kemo stated that the words by the Tiaty MP were intended to stir feelings of hatred between different communities in Olmoran area.

Kemo added that the words uttered were intended to promote ethnic profiling designed to undermine the authority of the government in the area saying the situation on the ground is still tense.

He also opposed the bond application for Kamket, saying he is a person of immense influence and may interfere with witnesses as investigations.

"So far three officers have died and tension is still high, and all the unfortunate incidents that have happened are unfortunate," Said Kemo.

However, appearing before Usui, Kamket through his lawyer Kipkoech Ng'etich said that Kamket has demonstrated goodwill by attending court today and pleaded for him to be granted bail.

Ng'etich added that his client is under the radar of the parliamentary police.

Kipkoech also called for more reinforcement of his client’s security informing the court that his life was in danger after being severally linked with the ongoing strife in Laikipia County.

In his application, Kipkoech urged the court to issue an order compelling the police to enhance Kamket's security saying the case had exposed his client's life to attacks.

According to Kipkoech, his client fears the exposure by security apparatus may expose him to being taken out by either the system or anyone with ill intent.

"I pray that my client is retained on Sh500,000 in the miscellaneous application, the money be converted to cash bail in the file," said Kipkoech.

Kipkoech added that his client is a member of parliament and has ample aboard in Nairobi, Nakuru, and Tiaty.

MP held over his alleged involvement in the skirmishes in Ol Moran, Laikipia county.
News
11 months ago

Tiaty MP Kamket to spend another night in police custody

Kamket was arrested on Wednesday afternoon in Baringo county over Laikipia clashes.
Counties
11 months ago
by JAMES MUNYUA
News
14 September 2021 - 19:14