122 trainers of English set to depart for France in October

• The cohort will be the third in the programme within the linguistic cooperation with Kenya.

• The initiative allows students from 63 countries to teach English in the European country in primary and secondary schools for seven months. 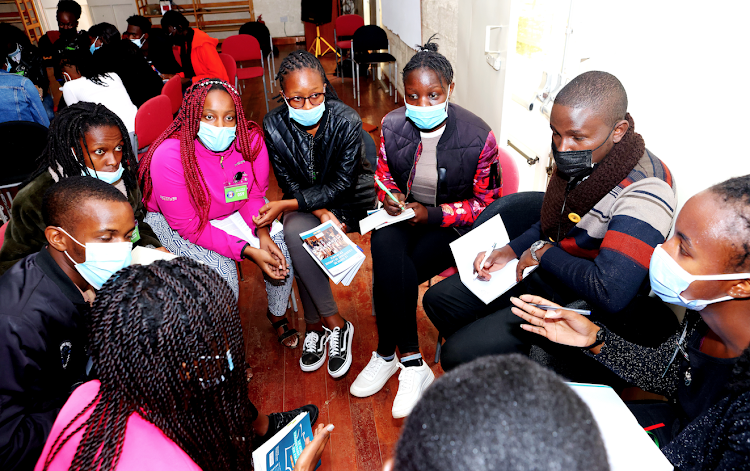 Some of the 122 trainers who qualified for posting in France to teach English during a pre-departure seminar at French Schoo on September 13, 20221
Image: ELIUD KIBII

Some 122 young Kenyans recruited as trainers of English in France are set to depart to their various postings early next month.

Speaking during the pre-departure Seminar at the French School in Nairobi on Monday, France Ambassador Aline Kuster-Menager said the cohort will be the third in the programme within the linguistic cooperation with Kenya.

Ambassador Kuster-Menager said the seven-month initiative dubbed “Focus on the teaching assistants of English in French schools” represents a strong symbol of Franco-Kenyan cooperation and friendship.

The initiative under the Ministry of Education of France allows students from 63 countries to teach English in the European country in primary and secondary schools for seven months. It involves 15 modern languages.

The Kenyan trainers, most of them students, join more than 4,000 other young students among them British, Americans, Australians, Indians, Spanish, Argentinians, Italians, Russians, Germans, Canadians and South Africans in the programme.

The students are drawn from various universities among them UoN, TUK, KU, Maasai Mara, Maseno, Masinde Muliro, Pwani, Karatina, Starthmore and the Technical University of Mombasa.

“I am pleased to have so many Kenyan assistants in our schools. In three years, the number of Kenyan assistants has doubled due, in particular, to the quality of your various universities and the commitment with which each of them has carried out their mission since 2019,” Ambassador Kuster-Menager said. 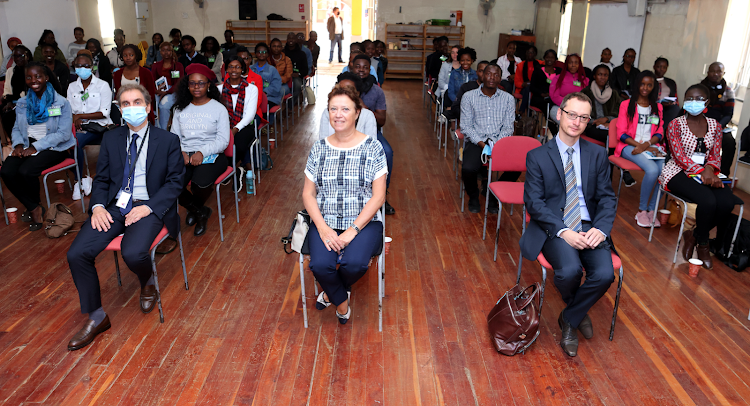 Some of the 122 trainers who qualified for posting in France to teach English during a pre-departure seminar at French SchooL on September 13, 2021. On the front row is French School headmaster Maris Bruno, Ambassador Aline Kuster-Menager and Cyril Gerardon, the head of Culture and Cooperation at the French Embassy
Image: ELIUD KIBII

The envoy said the programme offers the trainers an opportunity to develop interest in France and further their studies in the country, preferably in French.

Winnie Awuor-Nyawang’a and Faith Ayieko are among the beneficiaries.

They said they are exited and look forward to their experience in France.

“I look forward to be good at it [French] by being immersed in the culture. I also expect the proramme will help me teach concrete and not abstract things and become an excellent teacher,” the language tutor and Masters student in French at KU said.

Winnie also said she looks forward to making connections in France and comeback to impart the knowledge gained to her students in Kenya.

Ayieko looks forward to improving her French and learn new teaching methods from her engagement with the students, which she believes will boost her teaching career.

While she plans to comeback, she is also open to exploring masters’ opportunities in France.

For the first time also, two French teachers from France — Celine Hugues and Edith Hodey — in the exchange proramme have arrived in Kenya and will teach at UON and TUK for nine months starting October 1.

The linguistic cooperation is one of the strategic priorities of the France Cooperation in Kenya.

The language exchanges were part of the bilateral agreements witnessed by President Uhuru Kenyatta and his French counterpart Emmanuel Macron during the latter’s visit to Kenya in March 2019. Kenya was admitted to the initiative after the signing.

French School is among institutions teaching the language, and headmaster Maris Bruno said while the institution is modeled around French, they also teach Spanish and Kiswahili.

Primary school director Karadi Claire said they start teaching languages at a very early age, three years, up to eight hours a day as they progress with their studies and the pupils finish school polished in four different languages.

Jeam-Michel Rousset who teaches the language at the school said they work closely with the embassy and Alliance Francaise, and also have various exhibitions such as Contain Art, among other initiatives under the AEFE school network.

It is made up of 522 educational establishments with almost 370,000 students from nursery school to the end of secondary school in 139 countries.

The embassy says the programme is open to all Kenyan students from all disciplines provided they can demonstrate their competence in French through an examination, and their willingness to increase their linguistic and cultural proficiency.

There is a call for application and the next is in October, which will be announced on various platforms, among them the French embassy website and social media accounts.

The exchanges were part of the bilateral agreements witnessed by Presidents Uhuru and Macron
News
2 months ago
by ELIUD KIBII Subeditor and writer
News
14 September 2021 - 20:00