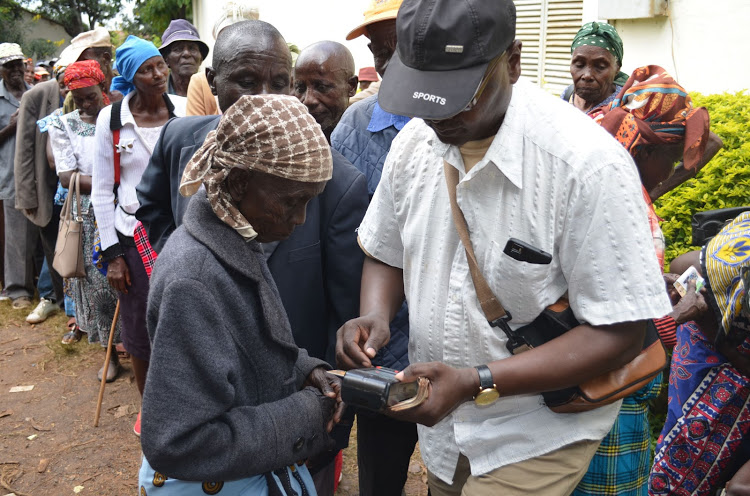 A petitioner has asked the Senate to demand a special audit on Inua Jamii Cash Transfer programme following numerous claims of embezzlement of public funds.

“There is urgent need for a comprehensive investigation and audit of the programme with a view to addressing malpractices and mismanagement,” Kawe said.

He noted that in July, 2021, the government released its latest disbursement of Sh8.7 billion to the beneficiaries enrolled in the Inua Jamii programme and a further Sh26.3 million towards the Nutrition Improvement through Cash and Health Education  complementary programme.

“However, a majority of the beneficiaries of these programmes are yet to benefit owing to mismanagement and irregularities in disbursement of funds,” he claimed.

The Inua Jamii programme is the government's flagship National Safety Net Programme whose objectives are to uplift the lives of the poor and vulnerable citizens through regular and reliable bi-monthly cash transfers.

The petitioner said there are many elderly persons who had previously registered for the Inua Jamii programme but have not benefited from it.

He further noted that in the last two years, the government committed to unveil a third phase of registering all older persons qualified for the Inua Jamii programme which has not been done.

Deputy Speaker Margaret Kamar committed the petition to the Standing Committee on Labour and Social Welfare, which will table a report in not more than 60 days.

Kitui Senator Enock Wambua noted that there are new persons qualifying to be enlisted and there are also those who exit through natural attrition but their names are still enlisted as beneficiaries.

“Those lists are never updated and the management is haphazard. There will be need for the committee to make sure the legitimate beneficiaries get these funds to advance their goals in life,” he said.

Wambua added that the committee needs to find out why the cash transfer was initially processed through the Postal Corporation of Kenya but now through the Kenya Commercial Bank.

Marsabit senator Godana Hargura said it is not clear who identifies vulnerable persons in the community.

“Deserving people are left out by whoever is doing the identification. There must be a very clear way of doing that identification,” he said.