Korane summoned to court over failure to pay ex-staff Sh61m

The county government lost a bid to overturn the decision at the Court of Appeal. 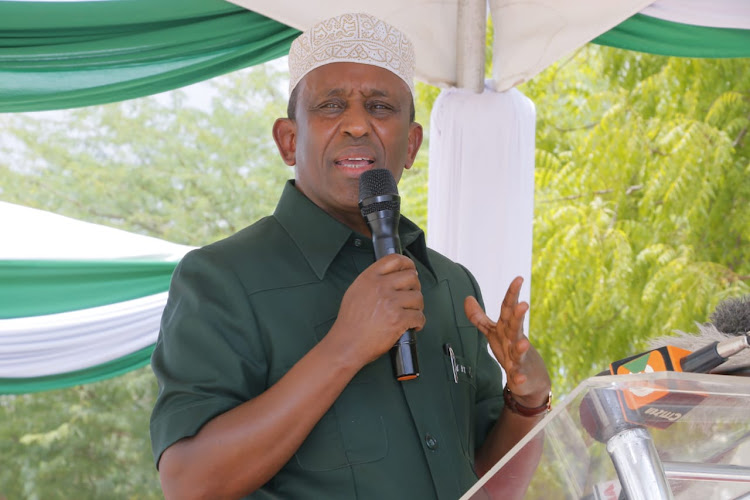 Korane is required to appear together with the county finance executive over the failure to settle the amount after the county government lost a bid to overturn the decision at the Court of Appeal.

The three former county executives were sacked in May 2015 over accusations of traveling to destinations outside the country without proper sanction from the office of the governor and unauthorized regular absence from office, which had resulted in services to the public being hampered.

Bulale was further accused of failing to implement key policy decisions relating to his department, and failure to supervise the administration and service delivery of the water department and other related agencies of the county.

However, in 2018 Employment and Labour relations judge Hellen Wasilwa ruled that their dismissal was illegal.

The judge noted that on the alleged absenteeism, the CECs had been permitted by the governor to travel out of the country as the trips were official and for the benefit of the county government.

The judge awarded the former CECs Sh4 million each but the amount was later increased by consent to Sh15.7 million each.

But even after winning the case, the county government has failed to pay despite making promises through correspondence filed in court.

“We propose that the county does pay the full decretal sum plus costs and interest, being Sh61,072,011.56 in one tranche since the government’s financial year is coming to an end of June 30, 2021,” reads part of a letter sent by his lawyer Charles Kanjama in May.

The county government through Issa Oyow, the CEC Finance, acknowledged the letter and asked to be given time to come up with a payment plan.