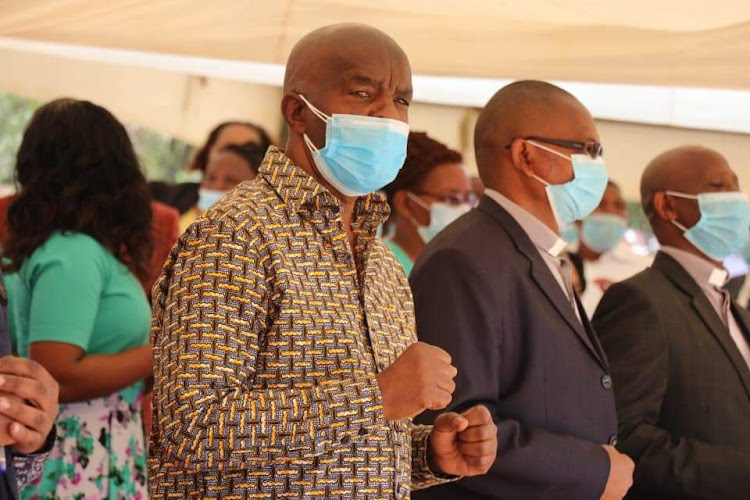 President Uhuru Kenyatta and his deputy William Ruto should lower political temperature as the country heads to the 2022 General Election, Makueni Governor Kivutha Kibwana has said.

Speaking on Sunday at AIC Manza church in Mumbuni, Machakos county,  Kibwana said the country was watching the duo hence the need for them to preach peaceful coexistence among citizens.

“We want leaders to be united, let’s have unity. Even if they are seeking for votes, let them campaign peacefully so as not to incite Kenyans,” he said.

Kibwana added, “Our country is good, it can prosper if we campaign peacefully and in a friendly manner and dialogue. We are looking up to the President and his deputy. Let them look for a way of lowering the temperatures.”

He said Uhuru and Ruto’s supporters shouldn’t give ultimatums on dialogue.

“Their supporters too shouldn’t give ultimatum, we want peace. We are praying for peace and asking God for peaceful existence in Kenya until we get to 2022 and conduct peaceful elections,” Kibwana said.

On the ongoing skirmishes in Laikipia, Kibwana said the government should look for their root cause and find a lasting solution.

“Peace is important to the country, the skirmishes aren’t good. We have seen the government has started looking into the issues, it’s important to get to the root cause so that such incidences don’t recur in Laikipia or other parts of the country,” he said.