Over Sh10 million was spent on unidentified non-security personnel

•Auditor General Nancy Gathungu has flagged the irregular expenditure in an adverse query of KNBS books of accounts.

•Secrecy in the recruitment of census personnel also cited amid concerns taxpayers may have lost money in unsupported expenditures. 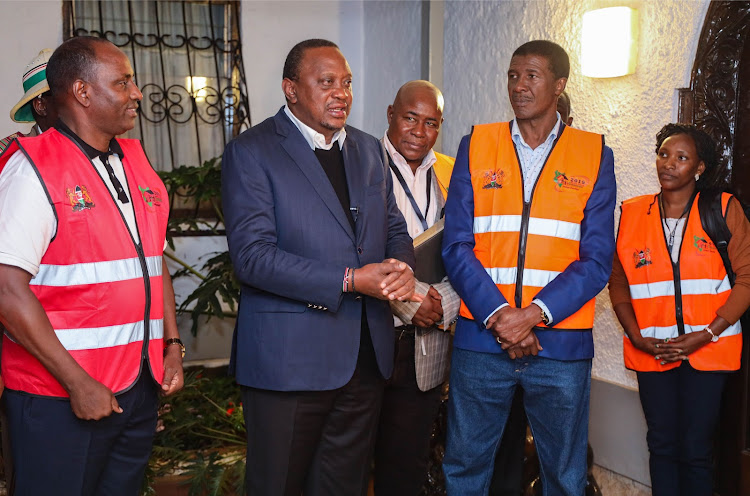 Details have emerged of how the law was ignored in the spending of the 2019 population census by the Kenya National Bureau of Statistics.

Security officers and telecommunications companies have been singled out as the big beneficiaries of the Sh9 billion irregular spending flagged by the auditor general.

A report by the Auditor General Nancy Gathungu has revealed that KNBS spent Sh500 million on security teams for the census night with no agreement to justify the amount.

Personnel costs alone, the audit shows, was to the tune of Sh4.6 billion with the auditor raising concerns no details were provided for the numbers in each category of staff.

“There were no details on the number of days worked and evidence of work done by way of signed attendance sheets for each person paid,” the auditor said in her report.

She further flagged the secrecy in the recruitment of the personnel that conducted the census saying it was not possible to establish how the teams were brought on board.

“Also, the management did not provide documents in support of the recruitment at the counties of ICT supervisors, content supervisors and enumerators,” the report reviewing KNBS books as of June 30, 2020 reads.

The Sh4.6 billion was exclusive of Sh1.12 billion spent on village elders for nine days at the rate of Sh600 per day which the auditor said was equally unsupported.

“It is not clear how the village elders were identified and later recruited for the census in all the 47 counties,” Gathungu said in her KNBS report.

“Although management explained that the village elders are part of national government administrative officers, the lists were not provided for audit review.”

On the security payments, the auditor says there was no agreement between the Kenya Police Service and the bureau that informed the amount.

She said no details were provided showing the number of security officers that were deployed, their respective stations, number of days worked, and amounts paid to each officer.

“There were no daily registers to authenticate the identity of officers that rendered the services at various locations as proof of participation hence the justification for the payment.”

Gathungu said the amount included Sh10.07 million paid to non-security officers whose roles, details and reasons for their involvement in the census were not explained or documented.

KNBS management further failed to provide details on the quantities of data bundles supplied by the various telcos, how much was utilized and how it was utilized.

“In the circumstances, the accuracy and validity of the expenditure of Sh218 million could not be confirmed,” Gathungu said.

Also queried is the whereabouts of tablets, solar chargers, and power banks valued at Sh2.9 billion that were used in the 2019 census.

The detailed inventory receipt of the devices and issue to users were not provided for audit verification, the auditor said, questioning the existence of the gadgets.

On payments to elders, the auditor said ledger records did not match the M-Pesa payments to the group adding that 45 counties did not provide the documents for audit review.

In what mirrors the high level of inaccuracies in the data, statements from Nairobi and Nyandarua revealed massive anomalies pointing to possible loss of taxpayer’s cash.

Nairobi records had a variance of Sh6.3 million with records showing that some village elders were paid twice resulting in a double payment of Sh1.9 million.

Gathungu, away from the census, further questioned the spending of Sh150 million on research assistants for the Kenya Continuous Household Survey Programme, Covid-19, and pre-feasibility studies.

“Management did not provide procedures used in identifying the research assistants, the recruitment process, and the number required for each survey.”

The auditor said she was not granted access to the database from which management claimed to have drawn the list of research assistants from.

Covid year had the lowest deaths since 2015— survey

However, the report noted only about 36 per cent of deaths were probably captured last year
News
1 week ago
by MOSES ODHIAMBO Political Writer
News
14 September 2021 - 06:40