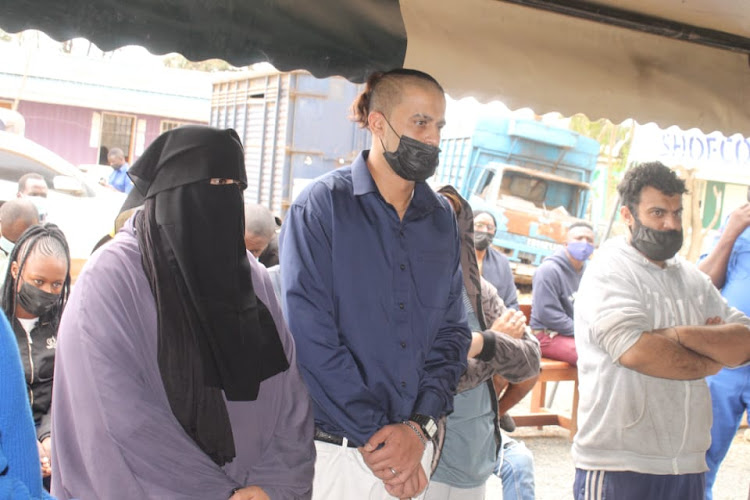 Four people were charged on Monday at a Kibera court with assaulting a Pakistani woman.

Shabir, in her report to police, says she was in her house when Ajmal, a resident of the same apartment, came to her house accompanied by three people and demanded to see her husband.

Shabir, however, told Ajmal that her husband was asleep and they could come later, but he insisted on seeing him. She did not awaken her husband and a quarrel ensued, leading to a fight.

Ajmal is said to have rained kicks and blows on Shabir before the other three joined him. Sumera is alleged to have snatched Shabir’s phone and smashed it on the ground.

Shabir suffered hand, chest and back injuries. She says her husband and two sons could not rescue her as the four were ruthless. She later reported at a nearby police station, leading to their arrest.

The damaged phone was kept as an exhibit.

Resident magistrate William Tulel granted them Sh30,000 bail and an alternative Sh100,000 bond each. The case will be heard on November 11.