The teenager occasionally earned money from working as a porter, his uncle says 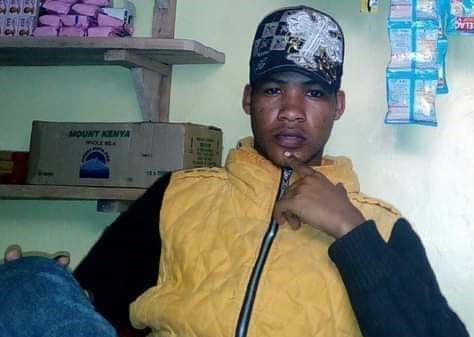 Haila Asanake who was shot dead by police in Huruma on September 8
Image: Courtesy

The Independent Policing Oversight Authority has taken over investigations into the fatal shooting of a 17-year-old boy in a botched operation on drug mules in Huruma, Nairobi.

The team will seek to obtain relevant information, including from police officers, in unveiling the circumstances surrounding the death of Haila Asanake.

A postmortem on the body showed he died from profuse bleeding after a single gunshot to the chest.

IPOA chairperson Anne Makori said where a fault is found, the authority shall not hesitate to make recommendations, including but not limited to prosecution.

“Preliminary findings show that the youngster was felled by a bullet discharged during an operation that police were conducting in the vicinity,” she said.

Police said he was hit by a stray bullet fired by a team of officers who were firing into the air to scare a group that was pelting them with stones.

Asanake's uncle, Branu Boku Cheme, said the teenager was a law-abiding boy who occasionally earned money from working as a porter.

Witnesses said Asanake was standing on the balcony on the third floor of a building on the evening of September 8 when he was hit.

Police explained they had stopped a suspicious car in the area at about 6pm in search of a known narcotics peddler when they were confronted with resistance.

A scuffle ensued, attracting the attention of some residents, who started to throw stones and other objects at the officers.

This prompted them to shoot into the air in an effort to scare the attackers, who wanted the suspect to be freed.

Starehe police boss Julius Kiragu said in the process, the teenager was hit and officers did not know someone had been shot as they drove from the scene.

"It was not until a relative came to report when it was realised someone had been hit. We are, however, investigating the incident,” he said.

Asanake was rushed to a nearby clinic, where he died.

The incident prompted angry protests from residents, who accused police of being trigger-happy.

A group tried to attack a local police station with stones but were repulsed.

A group of human rights organisations said they had taken up the matter to push for justice.

This is the latest incident involving police to happen in the area.

On March 30 last year, a 13-year-old boy was shot dead by police who were enforcing a curfew order in the same area.

Police officer Duncan Ndiema Ndiwah, who was linked to the death of Yasin Hussein Moyo, was later charged in court.

Yasin was on the balcony of their house in Kiamaiko when he was shot.

He was a Standard 8 pupil at Ndururuno Primary School. He was at home like the other students after the government ordered the closure of all learning institutions to curb the spread of Covid-19.

Police have maintained that such incidents are isolated and have taken action against those behind them.