Kaljulaid arrived in Kenya on Thursday and held bilateral talks with Uhuru.

•In the pictures shared by the foreign affairs ministry, the Estonian president was seen exercising after a run at the forest.

•She was also accompanied by CS Monica Juma and other government officials. 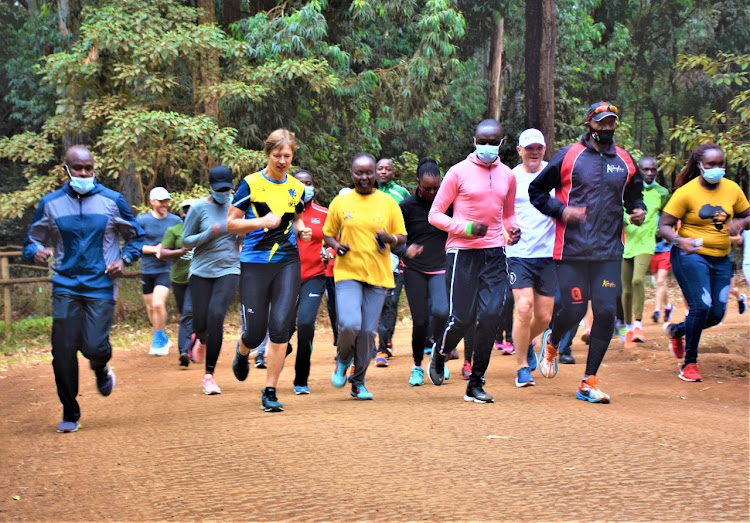 Estonian president Kersti Kaljulaid on Saturday showed her prowess as she ran a distance of 10km at Karura Forest.

In the pictures shared by the foreign affairs ministry, the Estonian president was seen exercising after a run at the forest.

She was also accompanied by CS Monica Juma and other government officials in a race flagged off by Sports CS Amb Amina Mohamed. 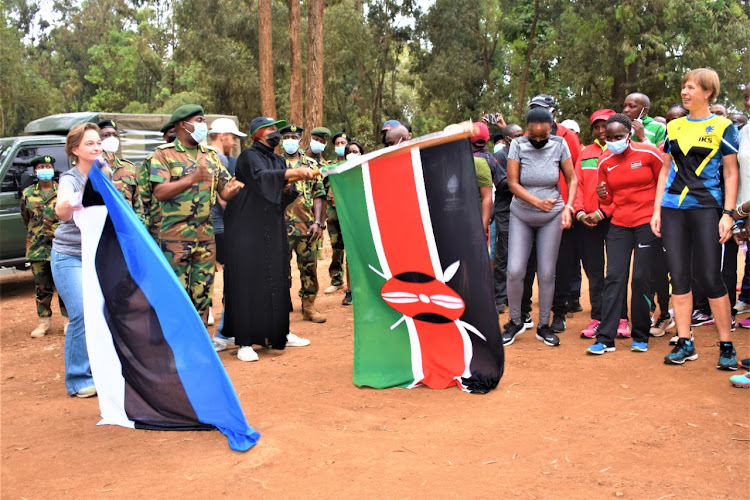 Before the race, the president attended a cocktail party held on Thursday night in her honor.

The party was hosted by President Uhuru Kenyatta at State House.

On her arrival on Thursday, she held bilateral talks with Uhuru. 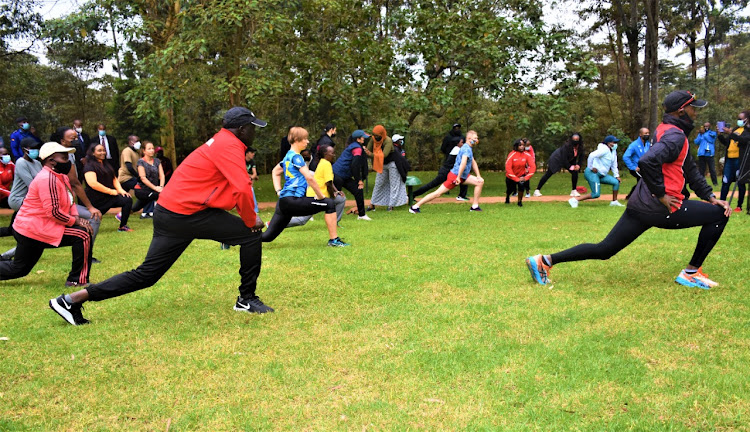 During the discussion, the two Heads of State witnessed the signing of bilateral framework of cooperation on Political Consultations, Health as well as a letter of intent in the area of environment.

The two Heads of States noted with satisfaction the existing bilateral cooperation in various sectors particularly ICT and innovation in which Estonia is widely acclaimed as a global pace setter. 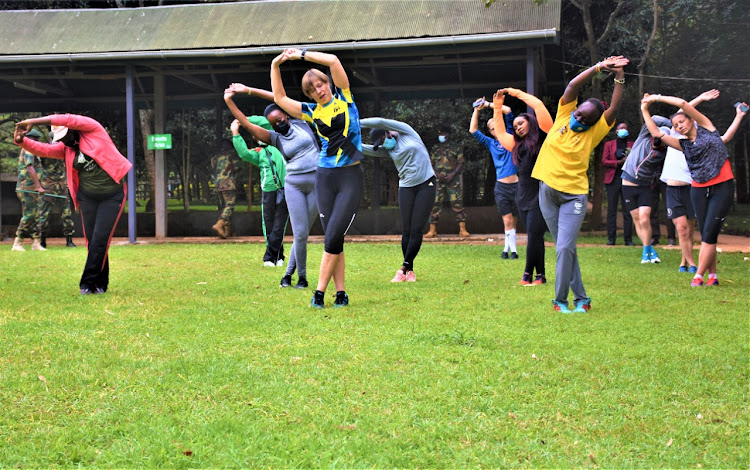 They reiterated their commitment to work closely as Non-Permanent Members of the United Nations Security Council.

"This is with a view to contribute to international peace and security, respect for democracy and human rights, gender equality and women empowerment," Kanze said.

The two Heads of State emphasized the urgent need to address climate change and its impacts on the environment and the need to increase global efforts in this regard. 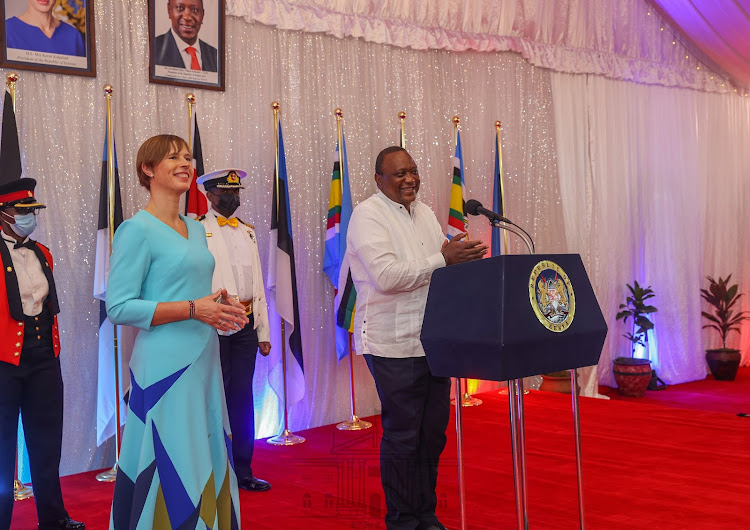 Kaljulaid, the first female President of Estonia, has made history by being the first Estonian Head of State to visit Kenya .

She praised Kenya's commitment to maintaining regional peace and stability and promoting the integration and economic development of the African continent.

Earlier on the presidents held private talks before leading their respective delegations in bilateral talks.