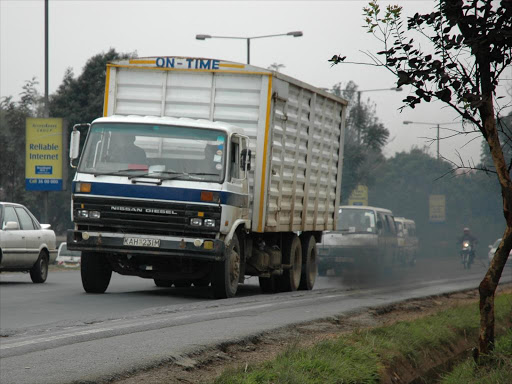 Kenya is among countries whose air is heavily polluted.

This is according to the United Nations Environment Programme.

Unep says Kenyans are exposed to 22 micrograms per cubic meter a year which is 2.2 times the World Health Organization’s limits.

Air pollution is the greatest environmental threat to public health globally and accounts for an estimated seven million premature deaths every year.

Unep says air pollution and climate change are closely linked, as all major pollutants have an impact on the climate and most share common sources with greenhouse gases.

It says that improving air quality will bring health, more net development and environmental benefits, along with mitigating climate change.

The Unep’s pollution dashboard displays the global state of air pollution, major sources, the impact on human health and national efforts to tackle this critical issue.

Unep says 92 per cent of the world’s population experienced PM2.5 concentrations in excess of the WHO guideline of 10 micrograms per cubic meter in 2019.

Particulate matter is a common proxy indicator for air pollution.

It affects more people than any other pollutant.

It consists of a complex mixture of solid and liquid particles of organic and inorganic substances suspended in the air.

PM2.5 can penetrate the lung barrier and enter the blood system.

Chronic exposure to particles contributes to the risk of developing cardiovascular and respiratory diseases, as well as lung cancer.

Unep says ambient (outdoor) air pollution in both cities and rural areas was estimated to cause 4.2 million premature deaths worldwide per year in 2016.

This mortality is due to exposure to small particulate matter of 2.5 microns or less in diameter (PM2.5), which causes cardiovascular, respiratory disease and cancers.

WHO estimates that in 2016, some 58 per cent of outdoor air pollution-related premature deaths were due to ischaemic heart disease and strokes.

A further 18 per cent of deaths were due to chronic obstructive pulmonary disease and acute lower respiratory infections respectively.

Six per cent of deaths were due to lung cancer.

On September 7, Kenya joined the rest of the world to celebrate the second International Day of Clean Air for Blue Skies.

This year, the day was held under the theme, Healthy Air, Healthy Planet.

It calls for increased international cooperation at the global, regional and sub-regional levels.

The day also provides a platform for strengthening global solidarity as well as political momentum for action against air pollution and climate change.

Digital billboards around Nairobi have been installed and are live streaming the city’s real-time air pollution in an effort to increase air quality awareness among the city’s 4.7 million inhabitants.

The initiative is by Unep, in collaboration with IQAir, a Swiss air quality technology company, Safaricom, a telecommunications provider in Kenya, Out Of Home media, Alpha and Jam and Metropolitan Star Lite.

The partnership aims to provide real-time air quality information for some of the most harmful types of air pollution and fine airborne particles, known as PM2.5.

The pilot aims to engage the public by streaming real-time air pollution information to digital billboards at four critical locations in the city.