Mt Kenya unity talks not going away, Kiunjuri says after MPs back Ruto

A section of Mt Kenya MPs on Saturday declared support for the deputy president in his 2022 presidential bid.

•Kiunjuri said that the conversation that was started by himself, MP Moses Kuria (Chama cha Kazi) and Martha Karua (NARC-Kenya) is not going away. 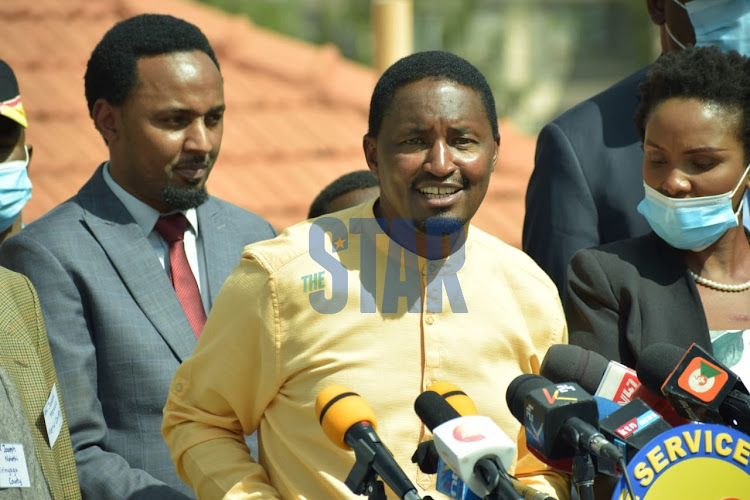 In a statement on Sunday, Kiunjuri said that the conversation that was started by himself, MP Moses Kuria (Chama cha Kazi) and Martha Karua (NARC-Kenya) is not going away.

"Something inside is so strong… when we know better, we just look them in the eye and say… we are going to do it anyway. Let’s keep talking," he said in a tweet.

The Service Party leader’s words came after a section of Mt Kenya MPs on Saturday declared support for the deputy president in his 2022 presidential bid.

The legislators allied to the DP met in Laikipia County to deliberate on the position of the region come 2022.

They said that they have been having discussions on matters concerning the welfare, interests, and the future of the people they represent.

They also said their preferred party for the region will be the United Democratic Alliance (UDA).

"This engagement will culminate in the signing of a National Hustlers’ Economic Charter and subsequently a time-bound Covenant between the people and the candidate on specific deliverables of the region’s economic interests and specific development agenda/projects as well as the implementers of this agenda," the MPs said.

Following their statement, Gatundu South MP Moses Kuria responded saying that the moves depicted by the MPs allied to Ruto on Saturday are what destroyed the Jubilee Party; a party he said was formed with so much hope and enthusiasm.

The Chama Cha Kazi party leader criticised the MPs for labeling other parties as regional, tribal or selfish, insisting that UDA is not the only party under the Hustler Nation.

"It is also a fact that UDA is perceived to be dominated by incumbent MPs who are hell-bent to lock out their potential challengers out of the 2022 race…further, a party that has only 1 MP and 2 MCAs from Kiambu, Nyandarua, and Nakuru cannot claim to have bragging rights to brand all other parties as regional or tribal," Kuria said.

Ruto is our 2022 choice: MPs from Mt. Kenya declares

Moses Kuria: UDA is too young to have bragging rights

Kuria said that he is not ready to fold up his party for UDA.
News
1 month ago
by BRIAN ORUTA Digital Journalist
News
05 September 2021 - 12:21