• She said that the conflict in the area has been witnessed for long during the election period and that immediate measures need to be put in place to end it. 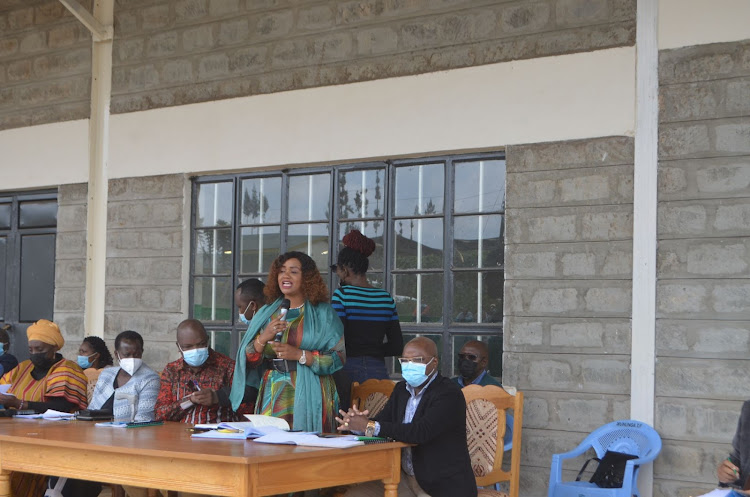 Laikipia Woman Representative Catherine Waruguru has decried endless killings in many parts of the county orchestrated by banditry.

In a statement on Friday, the MP said that incidences of insecurity in parts of Laikipia West and North constituencies are getting out of hand and that lives are being lost daily, and property destroyed.

“I hereby on behalf of the people of Laikipia request for immediate intervention from the top brass of our security organs to authoritatively curb this persistent issue that continues to threaten peace and stability in our region.”

She said that the conflict in the area has been witnessed for long during the election period and that immediate measures need to be put in place to end it.

“It is a sad state of affairs. Is it a coincidence that insecurity tends to thrive barely a year to the general elections, during the elections, and for a short stint after the elections?” Waruguru said.

The MP said that the people whom she represents have asked the government to gazette Laikipia North and West as ‘disturbed areas’, in an effort to end the killings.

The residents have also asked the government to commence the issuance of Title Deeds for Community land in the mentioned areas in order to end the conflict.

Further, the MP said that the locals want the government to hasten the construction of security roads in the affected areas using Emergency Funds.

Some of the key areas affected by the conflict include Olmoran, Githiga, Sosian, and Mukogodo wards.

Last month, leaders from the country asked the government to redeploy National Police Reservists who were withdrawn in 2019 by the Interior CS Fred Matiang’i.

This was after it emerged that some of them had been misusing weapons by engaging in crime.

Some of them had been accused of misusing their weapons by engaging in crime.
Counties
1 year ago
Post a comment
WATCH: The latest videos from the Star
by KEVIN CHERUIYOT Online Journalist
News
03 September 2021 - 16:16
Read The E-Paper