IEBC has also separately filed a notice of appeal.

• The AG has also appealed the finding by the majority of the bench which ruled that civil proceedings can be instituted against the president.

•The AG further says he is also not satisfied with the finding that the president does not have authority under the law to initiate changes. 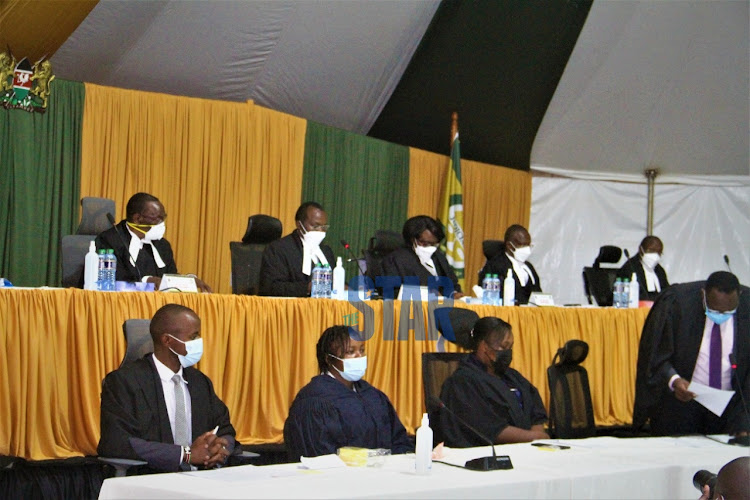 Attorney General Kihara Kariuki has filed an appeal at the Supreme Court challenging the decision by the Appellate court to affirm nullification of BBI.

Through Solicitor General Kennedy Ogeto, the AG says he is dissatisfied with the decision of the Court of Appeal and intends to challenge it.

“Take notice that the Attorney General being dissatisfied with the decision of the Court of Appeal given at Nairobi on August 20 intends to appeal to the Supreme Court against such part of the said decision that upheld the findings of the High Court,” reads court documents.

Ogeto said they are challenging the finding by the majority of the seven-judge bench which held that the basic structure doctrine is applicable in Kenya.

They have also challenged the finding that the basic structure of the Constitution can only be altered through the primary constituent power which must include four sequential process namely civic education, public participation and collation of views constituent assembly debate and ultimately a referendum.

Courts should have let Kenyans decide on BBI — Raila

“Much as we have not agreed with the ruling, we respect it…like we said in 2013."
News
8 months ago

The AG has also appealed the finding by the majority of the bench which ruled that civil proceedings can be instituted against the president during the tenure of office in respect of anything done or not done contrary to the Constitution.

The AG further says he is also not satisfied with the finding that the president does not have authority under the law to initiate changes to the Constitution and that amendment can only be initiated by Parliament through a parliamentary initiative under Article 256 through a popular initiative.

The state law office also argued that the ruling by the court that the constitutional amendment was unconstitutional and an usurpation of the people's exercise of sovereign power was illegal.

IEBC has also separately filed its notice of appeal to the apex court saying it intends to file a substantive appeal challenging the Court of Appeal judgment.

The commission says it intends to appeal the judgment that was delivered by the seven-judge bench last month.

On August 20, the court comprising of seven judges upheld the High Court ruling that BBI is null and void and its processes were unconstitutional.

In a majority decision, six of the seven-judge bench, headed by the court’s President Daniel Musinga tore into the BBI process, declaring several stages and actions unconstitutional and unlawful.

The judges however expunged part of the High Court orders, including one that said that President Uhuru Kenyatta had contravened Chapter Six of the Constitution.

The majority faulted the President for riding on a popular initiative – an avenue reserved for the common man – to instigate constitutional changes.

Duale petitions Muturi to rule on future of BBI-like bills