Prof Musangi would expel unruly varsity students without a blink

The long-serving educator, scholar and agriculturalist died last week at the age of 87.

• He believed that at any given point, there can never be parallel authorities, Otieno said. 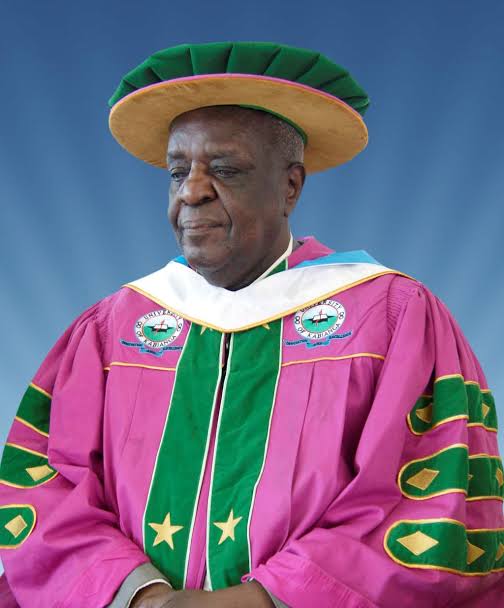 Founder VC of Egerton University Richard Musangi. At the time of his death, he was the chancellor of University of Kabianga.
Image: /COURTESY

Prof Richard Musangi believed that negotiating with unruly university students was like putting a grenade with a loose pin in your pocket. It can explode at any time.

And when students' troubles reached a level he could not stomach, the professor of agriculture would close down the Njoro-based institution without a blink.

Dickson Otieno studied at the institution when Musangi was the VC. He was a students' union leader with strong views on all issues, ranging from student welfare to national politics.

Musangi could not tolerate him and his peers.  Otieno had to finish his studies at Makerere University after being expelled.

“Musangi was very tough, to be polite. Whenever he deemed you to be wayward, diverging from the way he approached life, know that you would not study at Egerton,” Otieno, now in his 60s, told the Star.

He believed that at any given point, there can never be parallel authorities, Otieno said.

At one point, he remembers how a group of university students frustrated by Musangi's toughness walked from Njoro to Kabarak to meet former President Daniel Moi.

They demanded that Musangi be sacked but all they got were beatings and tear-gas on their way to Kabarak.

"People like us who got other opportunities were lucky. Truth be told, Musangi destroyed many peoples' lives by chasing them out of the university," he added.

Musangi was born in Milo, Bungoma county, although he moved to Trans Nzoia county.

He started his career after attaining a BSc in Agriculture in London in 1962, he later attained a master's degree from Wye College and PhD in 1964 and 1967 respectively.

Musangi also taught at the University of Nairobi up to 1981. He rose through the ranks to become deputy vice chancellor.

In 2013, then-President Mwai Kibaki appointed him as the chancellor of the University of Kabianga.

His biography indicates that Musangi also served on various boards and committees, locally and internationally. He was a panellist in FAO between 1967 and 1969.

Between 1982 and 1986, Musangi was the chair of the Kenya National Examinations Council.

He was a member and later a board chair of the Consultative Group on International Agricultural Research of the World Bank between 1961 and 1997.

Between 1993 and 1996, he was the chairman of the Maseno University College Council.

Between May 2010 and March 2013, he was both a member and the board chair of the Kenya Forest Service.

Musangi has done extensive research and made over 50 publications in the area of animal Science and Agricultural Education.

He has also published several textbooks for colleges and schools

The prof is also a renowned farmer in Trans Nzoia county.