Chiefs asked to identify people to be armed in their areas 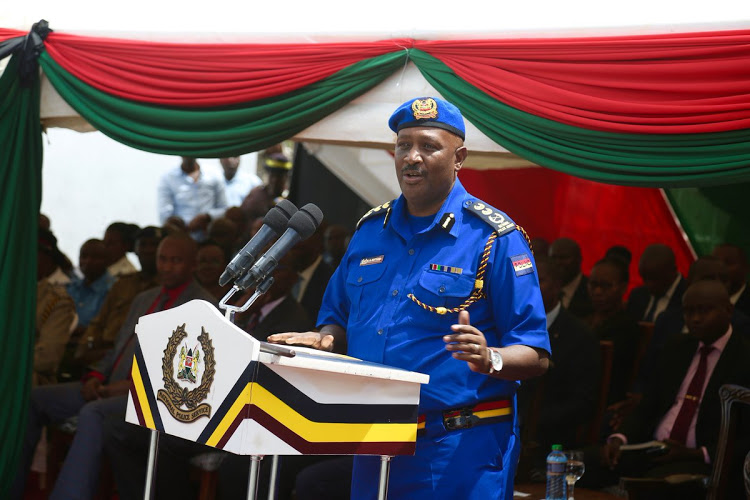 A silent stand-off is building between the Inspector General of Police and the National Government Administration Office over a plan to arm some chiefs in the country.

Following the IG's opposition to the plan, some chiefs have been ordered to identify about five individuals in their areas of jurisdiction to be issued with firearms.

The chiefs were through the county commissioners asked to identify at least five people in their areas who will be vetted and recommended to be issued with a certificate to carry weapons and be armed.

Those identified will be required to attend county security committees for vetting before the chief licensing firearms officer is requested to provide them with a permit for the same.

This will reportedly among others ensure the areas are protected from “marauding” criminals in their areas.

The IG is understood to be opposed to the move, saying it is illegal and may lead to having a parallel “police” unit in the locations.

The office of IG Hillary Mutyambai is said to cite the law that states all firearms and police must be under his office and does not understand why NGAO is keen on the plan.

“Already, all county commissioners are guarded by officers from the Critical Infrastructure Unit and they usually consult with local police whenever there is an issue. We don’t understand the rationale for this,” a senior police officer who asked not to be named said.

The IG and his spokesman, Bruno Shioso, refused to comment on the matter.

The developments emerged during a meeting of regional and county commissioners at the Kenya School of Government on June 21, where the officials demanded to be given police to help them in their operations.

This led to the formation of a subcommittee that first met on July 7 before a letter was sent to Mutyambai by Principal Administrative Secretary Moffat Kangi.

It is understood the PAS asked to set a plan that will see chiefs and their assistants armed.

The letter, according to those who have seen it, asked the police chief to provide a framework for the proposed development of a police unit for administrators under NGAO, which they likened to the Administration Police.

But the IG is reportedly yet to respond to the letter. He, however, sent a team of officers to the subcommittee and opposed the plan. This has now culminated in the move to ask the chiefs to recruit people to be armed.

On July 23, a group of MPs said there was a deliberate plan by a cabal of state officers to arm chiefs and their assistants. They called on President Uhuru Kenyatta to step in and assure the nation of peace and stability.

The IG is responsible for commanding and leading the National Police Service and is also in charge of overall and independent command and matter of the service.

The former provincial administration was restructured to accommodate the new commissioners after the 2010 Constitution.

The regional commissioners replaced provincial commissioners in the new dispensation. They chair and coordinate national government issues in their regions, including security matters.