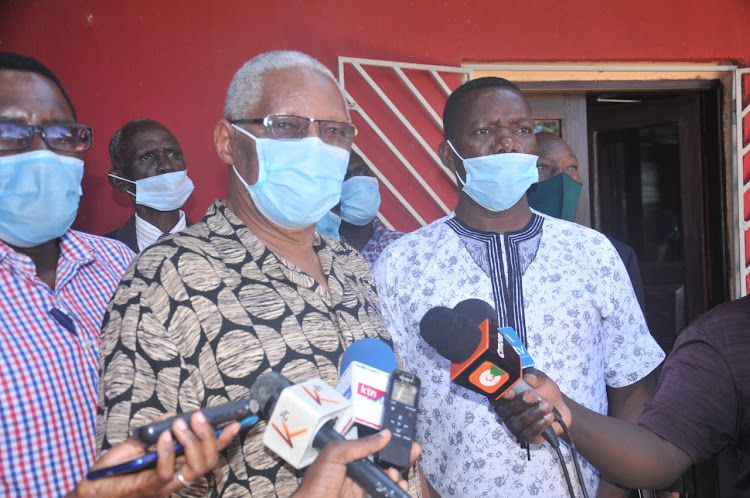 The National Congress of Pentecostal Churches and Ministries has called for a truce between President Uhuru Kenyatta and his deputy William Ruto.

The clergy have urged the President to engage his deputy to try and find a solution to their differences, while appealing to the DP to be willing to sit down with his boss and resolve the differences before they get out of hand.

Addressing the media in Mombasa, the Congress President Bishop Stanley Michuki said they were concerned because the misunderstanding is not healthy for the nation.

Michuki said the ongoing issues between the two will likely affect the peace, unity and stability that the country has worked and prayed for over the years.

“As church leaders, we are concerned that these differences can begin to trickle down to the supporters of the two and plunge the nation into chaos,” he said.

They said the country was undergoing a lot of challenges at the moment, including battling the Covid-19 pandemic, the debt crisis and the struggling economy.

“The last thing the country needs is a quarrel between the President and his deputy. The two are church going Christians and should practice forgiveness as the Bible says,” Michuki said.

The bishops said they were ready to lead talks to bring the two together, saying their understanding would be the biggest gift the two could give Kenyans at the moment.

They expressed hope that the two leaders would come to an understanding for peace to reign as the country gears towards the 2022 General Election.

The clergy also said they were not going to allow politicians to use their pulpits to fight each other, adding that they will be treated like any other worshiper when they come to church.

“We as Pentecostal churches have agreed that no politician will be given our pulpit to insult others, if they have something to say, let them do it away from our pulpits,” said Michuki.

Michuki was accompanied by Pentecostal bishops drawn from the region, led by the region’s director bishop Tee Nalo, who called on all Christian to continue praying for the country.

Nalo also appealed to Kenyans to continue adhering to the Ministry of Health protocols in the fight against the Coronavirus.