Some of the demonstrators carried the body of the victim.

At least one person was shot dead on Wednesday morning as a section of residents of Kahawa West, Nairobi, demonstrated over the demolition of their property. https://bit.ly/2WnsCdo

At least one person was shot dead on Wednesday morning as a section of residents of Kahawa West, Nairobi, demonstrated over the demolition of their property.

However, protesters said two people were killed - a boda boda and tuk-tuk rider.

Residents who owned structures on the side of a road leading to Kamiti prisons from Farmers Choice area woke up to find them flattened by authorities.

The area is usually congested with pedestrians and vehicles.

This prompted them to stage a protest, saying they had not been notified and had lost property worth millions of shillings.

Police said the demonstrators had blocked roads, inconveniencing many and some were taking advantage of the situation to loot, causing them to shoot.

Learning in some institutions in the area was briefly affected as the demos raged.

Police used force, including live bullets and teargas to disperse the demonstrators who had turned violent and were looting.

Some of the demonstrators carried the body of the victim, blocking police from taking it to the mortuary. 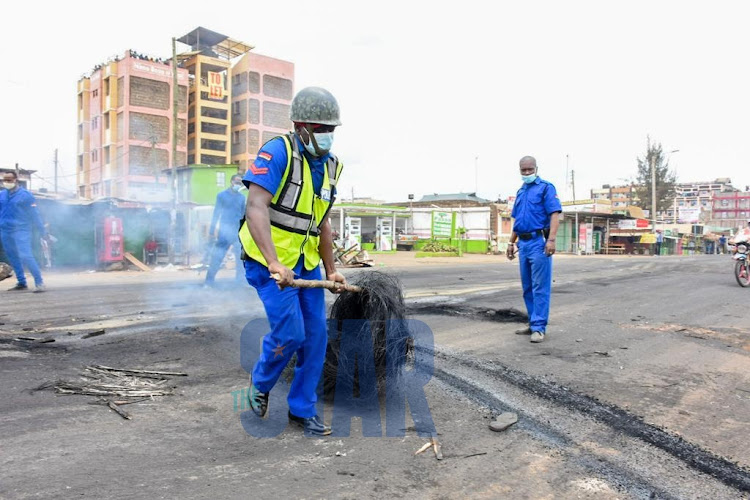 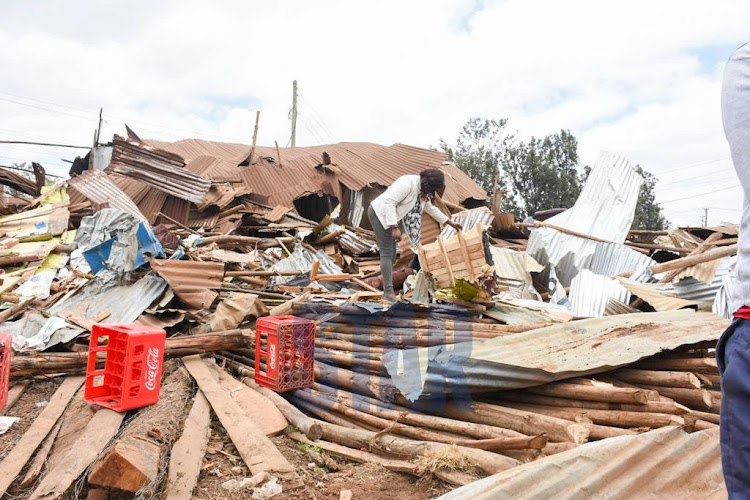 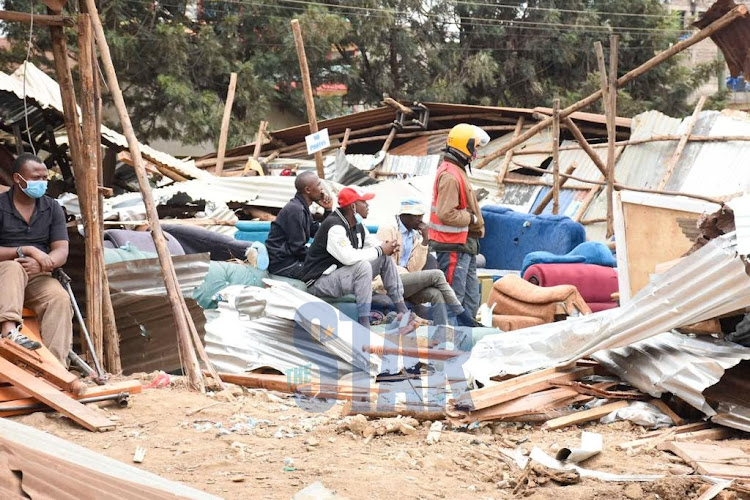 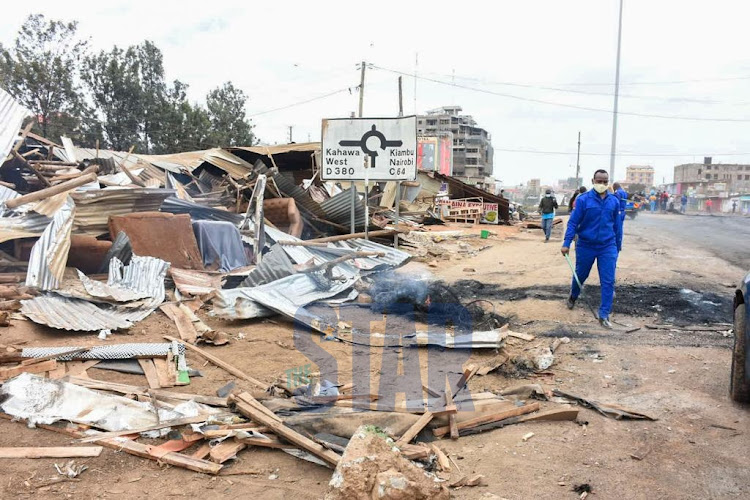 According to police, some structures were looted and some of those in the demos were drunk.

Property of an unknown value was destroyed as authorities cleared structures for expansion of the road network.

“No notice was issued to us over this demolition. We have lost property that was our source of living,” shouted one of the affected people.

More security officials were deployed to calm the situation.

This was to respond to the demonstrators who had lit bonfires on the road and used rocks to block the access areas.

Traffic police were positioned on some junctions to direct movements as part of efforts to avoid further destruction.

Kiambu police boss Ali Nuno said they responded to control a situation that was getting out of hand.

He said the authorities concerned would investigate the incident.