CUT OFF FROM BASIC SERVICES

We lived like ghosts before we got IDs — Shona community members

The government issued them with national identification cards on July 28 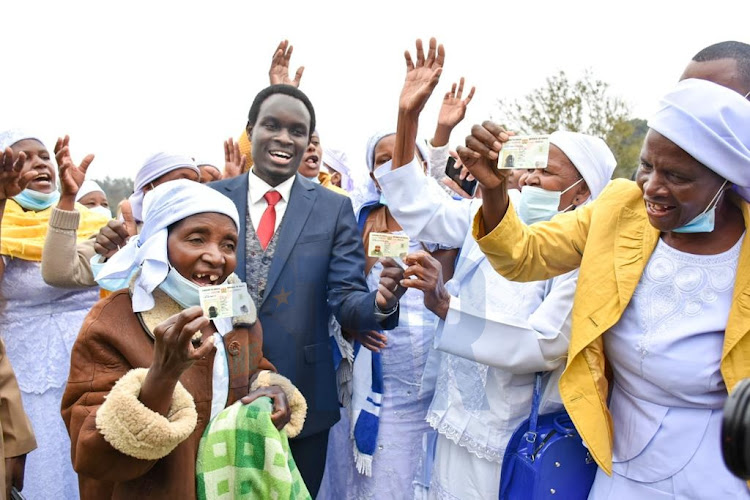 “We were alive and dead at the same time, like ghosts, because we had no identity.”

Those were the words of Zephaniah Muungani, a member of the Shona community living in Kenya.

“Generation after another; statelessness and the misery that comes with it were all that the offspring of a Shona could inherit," she said.

For years, the Shona lived as a stateless community in Kenya until July 28, 2021, when the government issued them with national identity cards.

Though most of them were born in Kenya, it was difficult to get birth certificates because their parents ‘did not exist'.

They had to 'borrow an ID from locals' to get treatment in hospitals, enrol children in school, engage in business, or access public services.

Even still, they still faced the risk of arrest for being in the country illegally.

A report by the Kenya Human Rights Commission shows that a number of mothers had been detained in hospitals after delivery for lack of maternity fees, and it took the contribution of the community to raise funds or the intervention of the local administrators.

The report says a majority of Shona children have been able to access education up to primary level but very few have gotten the Kenya Certificate of Primary Education due to lack of birth certificates which are a prerequisite for registration for the exam. 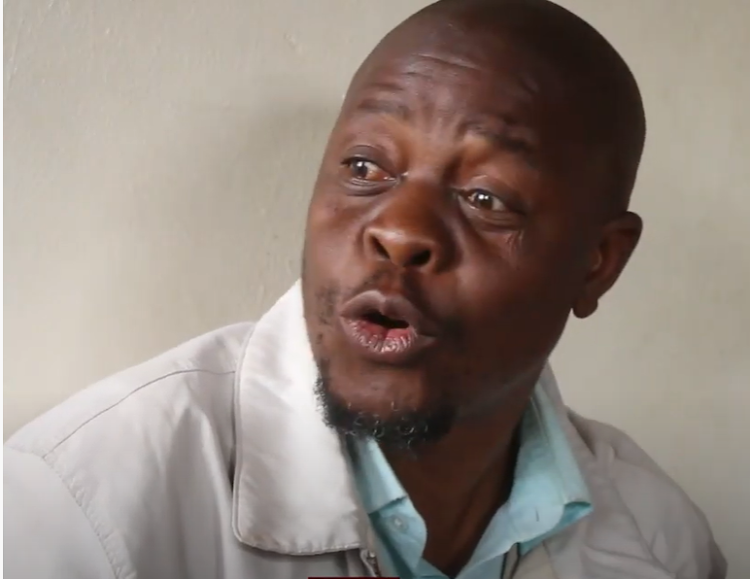 According to the older Shona members, things were not always like that. There was a time they lived like Kenyans.

The Shona people arrived in Kenya from what was then Rhodesia ­– now Zimbabwe – as Christian missionaries in the 1960s.

They carried Rhodesian passports and were registered as British subjects and issued with alien cards. After Kenya attained independence in 1963, they had a two-year window to register as Kenyan citizens.

However, many missed on the registration they either they did not know about it or did not have access to the processes, rendering them stateless.

In 1962, Dickson Ncube arrived in Kenya with his parents, two siblings, and other Shona missionaries to spread Christianity.

The 90-year-old remembers nothing from the journey except his father preaching in the bus they were travelling in and his mother, helping a woman deliver at one point when they stopped.

“We settled in Ngong’ where we were hosted by a local named Joshua Kiarie. When he converted to Islam, we were forced to move to Kiambaa,” Ncube said.

They lived without trouble until the 80s when President Daniel Moi took over power. In the early 1980s, he said they would be issued with alien identity cards but a fee was introduced for the renewal of the ID every two years.

“They were charging Sh5,000 for the ID renewal and most of us could not afford it. However, after 1984, the issuance stopped and we were asked to return to our home,” Ncube said.

He said they again tried to apply for ID cards after the promulgation of the 2010 Constitution but were unsuccessful.

“We got tired but the police did not. Many times, they would conduct raids and arrest us for being in the country illegally,” he said.

The father of 20 said they continued to live in Kenya but in constant fear of arrest and harassment and with no investments or a plan for development.

Sarah Mwawa was in her house with her husband Peter Mwawa, their firstborn child and her co-wife on October 23, 1990 when police raided their home in Kinoo.

“It was about 1,30pm. We were arrested together with other Shona community members and booked at Kikuyu police station before being transferred to Lang’ata Women Prison together with my cowife and the child,” Sarah said.

She was eight months pregnant and gave birth after a few weeks at the prison.

For more than five decades that they have been in the country, the Shona community has not been able to access basic rights or services until they were issued with identification cards in July 2021.

To survive, the Shona stayed close together and held firmly to their religion that gave them a ray of hope and whose leaders intervened between the community and authorities whenever necessary.

Catherine Motsi, 39, said she gave birth to all her children at home with the help of a midwife from her community.

She is a mother of three.

“I gave birth to my firstborn when I was 17. I could not go to the hospital because, for admission, I needed an identity card,” Motsi said. 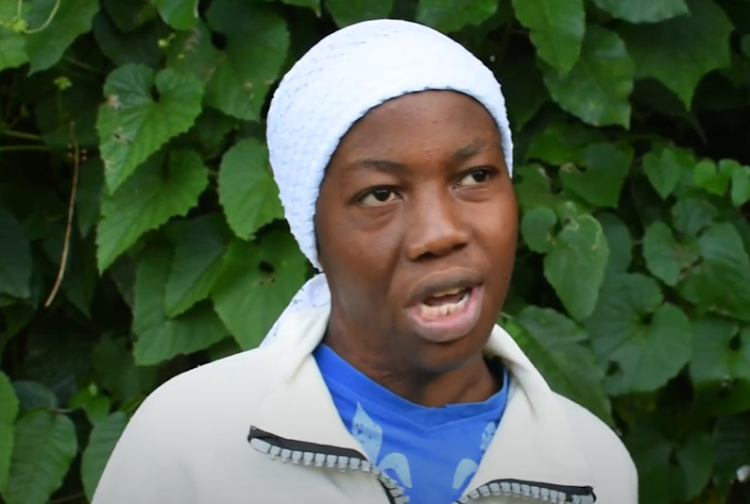 Jenifer Ishmael who was burnt as a child but could not access proper medical care
Image: courtesy

In the same neighbourhood, Jennifer Ishmael was born in 1999 at home as a healthy girl. At 18 months she suffered severe burns from hot oil.

Jennifer said her mother could not take her to hospital because they lacked an ID card.

Jennifer’s mother, Enjura Chipendo, said the Shona community often congregated to pray with the family and empathize with them, but the wounds were not healing.

“After nearly two months of agony, the landlord was attracted by a foul smell coming from our house and he stormed in to inspect the house,” Chipendo recounted.

“He was shocked when he saw an infant with severe burns on her face and her neck."

The landlord took Jenniffer to a hospital in Kikuyu and got her admitted as his daughter. She remained hospitalised for three months. He paid the bill.

Even though she lives with the scars, Jennifer is thankful she’s alive.

The Shona is a Bantu community whose main economic activities were basketry, masonry and carpentry. They came to Kenya as missionaries of the Gospel of God Church.

The church was founded in 1932 by Johane Masowe and has many branches across the country.

While the women keep their hair short and tie a white scarf on their heads and dress in white clothes, men shave their hair completely but leave the beard untouched. Polygamy is permitted.

Joseph Banda, a teacher at the Gospel of God Church shared with the Star about their religion from birth, life to death.

Upon delivery, the baby is supposed to be concealed from all other persons other than the mother, the midwife and children below the age of eight. That takes 12 days in the case of female children and eight days for male children.

It is intended to shield the child from any external interaction until its dedication to God.

Children aged between 15  and 18 are buried in a day while those under 15 years are buried immediately and are not accorded any mourning period as they are deemed to have died without sin.

Unlike most Christian denominations, the Shona do not hold prayer services for the dead in church neither do they pray within the mourning period.

The burial ceremony commences with prayers at the deceased’s home. They then view the body and the casket is carried either by the elders or the young men at arm’s length and not on their shoulders.

Thereafter a eulogy is read out by one of the elders after the burial rites have already taken place. Once all the rituals are done, the mourners go to the deceased’s house and wash their hands as a sign of cleansing, before they leave for their homes.

One of the two surviving migrant missionaries, Jephles Chinyamabobvu, disclosed that even as they left Zimbabwe on their evangelistic quest, the late Masowe had prophesied to them that they would eventually settle in Kenya.

He said the prophet revealed to them that Kenya is at the center of the world.

As early as 1938, the prophet foretold the erection of a stone in Kenya which would guide their distance to different parts of the world where they would go on evangelical missions.

The community believes that the prophecy came to pass with the erection of the Galton Fenzi Memorial in Nairobi in 1939. The memorial is the point from which the distance from and to Nairobi and other parts of the country was measured.

Upon arrival, Chinyamabobvu explained that the lot split into two groups with one group settling in Ngong area and the other settling in Juja.

By 1975, their population had spilled to Kinoo, Lenana, Githurai, Kasarani, Nyahururu, Meru, Nakuru, Kericho, Kitengela and Malindi where the Gospel of God Church has branches

The population of the Shona community currently stands at 2,600 people spread in over 900 households.