Oka chiefs walk a tightrope on how to deal with mounting rebellion within their camps. 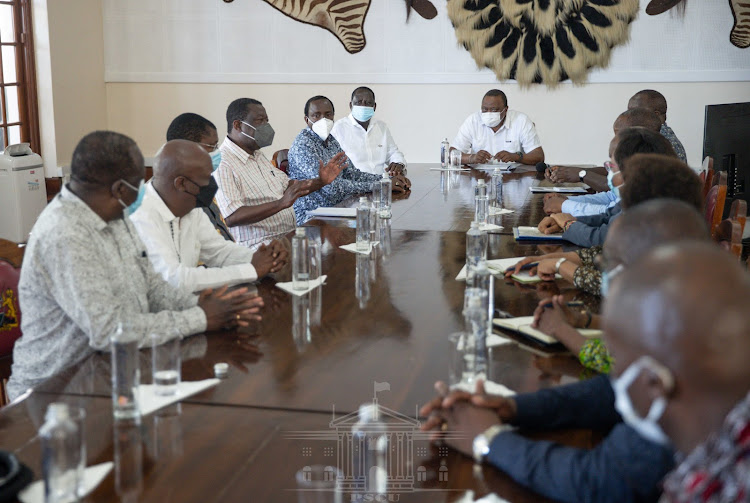 The four One Kenya Alliance principals are facing intense pressure from their political allies to reject President Uhuru Kenyatta's push to back ODM boss Raila Odinga.

The Star has established that rebellion has rocked the camps of Musalia Mudavadi and Kalonzo Musyoka with their allies taking hard-line positions.

Their allies do not want to hear anything about supporting Raila again despite Uhuru's insistence that it is only the ODM boss who has the clearest chance to beat Ruto.

There appears not to be a lot of pressure coming from the sides of Gideon Moi (Kanu) and Moses Wetangula(Ford Kenya)-the other Oka principals.

The open revolt, especially from allies of Musalia and Kalonzo, is so serious that some of their lieutenants have threatened to ditch them for Deputy President William Ruto if they back Raila.

Matungulu MP Stephen Mule, a Kalonzo ally, is playing hardball insisting that there is no way Kalonzo should back down and support Raila.

“This is Kalonzo's time. We have supported Raila before and he lost. It is time he backed Kalonzo,” said Mule in Parliament buildings on Thursday.

He went on: “Nobody should push us to the wall to support any other candidate.”

Kitui Central MP Makali Mulu said it was time Raila returned the favour and supported one of the Oka principals in the 2022 presidential race.

“This talk of supporting Raila for president should not be entertained. We have supported him before and it is high time that rallied behind us,” the MP said.

The Kalonzo ally said the next President would come from the Oka alliance and asked the chiefs to remain focused and steadfast in their quest.

'What we have emphasised is that we should first have unity in Oka. Once we win the Presidency, we shall not forget Raila because we will give him a share of it,” he said. 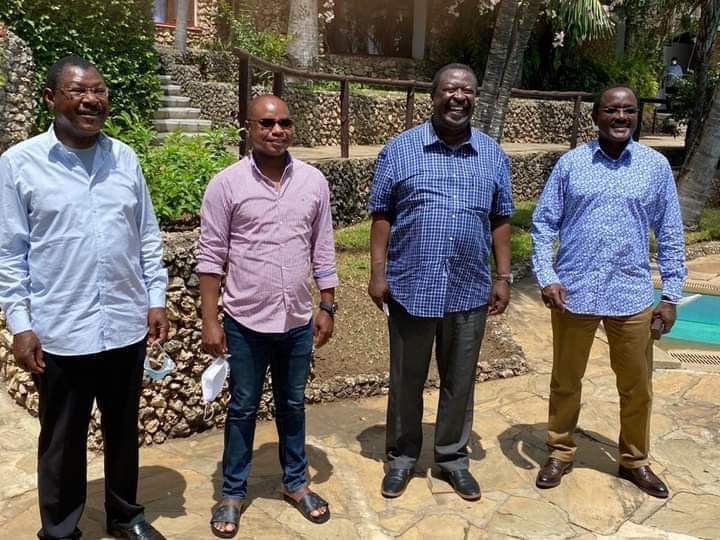 It has now emerged that the duo of Musalia and Kalonzo are walking a political tightrope for fear of losing their support bases if they give in to President Uhuru's plans to back Raila in 2022.

The Oka principals held private talks with Uhuru and Raila in Mombasa on Wednesday as a follow up of their meeting last week amid reports they could be on the verge of agreeing to back Raila.

Reports that the Raila presidency was an agenda on the table during the State House meeting have triggered fury and anger in the camps with their allies demanding answers if they had backed down.

The pressure they are facing from the quarters forced them to call a press conference on Thursday in Mombasa and rubbished the reports that they could have been cornered to rally behind Raila .

“No one asked or even suggested that we support anyone for anything. We call upon news media and especially the print media to remain focused on reporting facts as they are and not what their wishes are,” they said in a statement read by Musalia.

Earlier, Butere MP Tindi Mwale, a close Musalia ally, had lifted the lid on the growing pressure when he protested against the Oka chiefs' move to meet Uhuru and Raila in Mombasa.

“His excellency Musalia Mudavadi go for presidency in 2022 don't be coerced.(Usikubali Kupangwa),” charged Mwale in a statement on Wednesday.

The MP warned against what he termed as the "cancer" in the One Kenya Alliance of being vulnerable to coercion to take a certain political direction.

“We made a resolution in Naivasha yesterday that the OKA presidential candidate shall come from the affiliate parties. Why again go to Mombasa to open a window of being sweet-talked to support another person?”

Raila, Musalia on Sunday held secret talks to break the ice and agree to work together.
News
3 months ago

Raila calls for unity and reconciliation in Nyanza delegates meeting