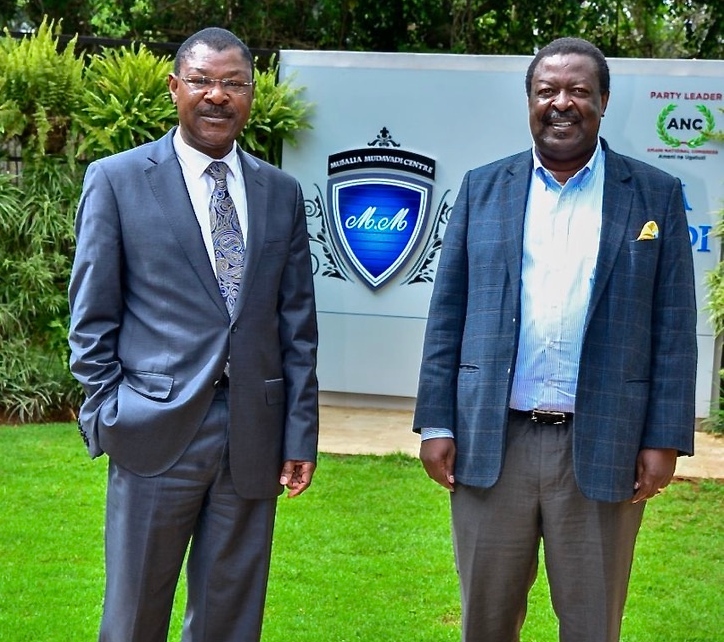 The birth of yet another political party in Western now puts unity of the Luhya community at stake, less than a year to the general election.

Registrar of Political Parties Ann Nderitu on Thursday notified the public of the official registration of the Democratic Action Party.

The new party brings to an end the Ford Kenya leadership wrangles, pitting Wetang’ula on one hand and Eseli and his Bungoma counterpart Wafula Wamunyinyi on the other.

The increasing number of parties complicates the search for a common front by the Luhya community at the August 9, 2022 election.

But Wamalwa's personal assistant Kizito Temba said his boss is not an official of the new party.

He said the party was founded by people friendly to Wamalwa adding that the Constitution does not allow a public officer to hold a political party office.

“The land is ours but we have not moved in. As of now, we were given a job to do by President Uhuru Kenyatta and until and when our term of appointment comes to an end, we’re keen on our work,” he said.

He however said that the new party will work closely with ODM and Jubilee to ensure that the dream of “one tribe less” Kenya is achieved.

Kakamega ANC executive Tony Maleche said the new party associated with CS Wamalwa is part of a plot by the 'system' to cajole Mudavadi and Wetang’ula to support ODM leader Odinga's bid.

“The new party will find it difficult to penetrate Western because people have already made up their minds.

"Luhyas will not be coerced to vote in a particular manner against their wishes,” Maleche said.

The executive said a similar strategy was employed by handlers of retired president Mwai Kibaki for his reelection in 2007.

He said after Kibaki lost favour with majority of Kenyans, New Ford Kenya under CS Wamalwa was roped in but it failed.

Political scientist Amukowa Anangwe said formation of more parties by Luhya leaders does not signify division of the community.

“What really matters is the positions of the critical mass residents and as far as I’m concerned, Luhya land is by and large united on one fact, that they must have a presidential candidate in 2022.

"As of now, Mudavadi is the only one who has declared,” Anangwe told the Star. 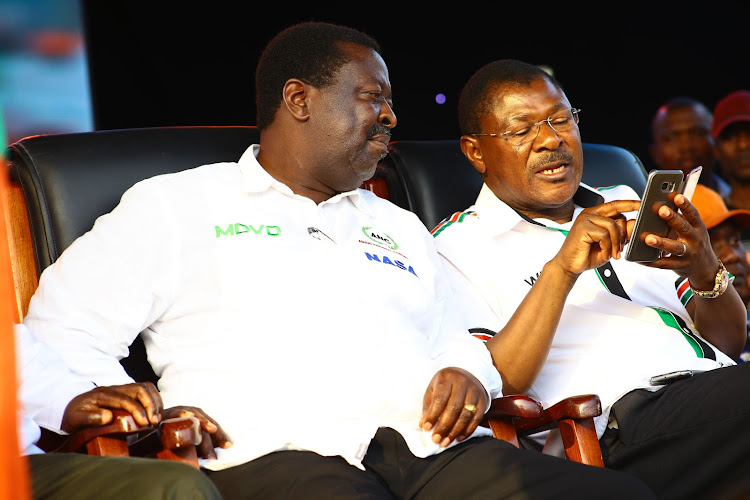 He said that formation of new parties is of little consequence at the moment because basic attitudes and behaviour of the local populace indicate they have already firmed up their position on 2022.

Analyst Martin Oloo said registration of a new party for Western was an attempt by the 'deep state' to make sure that Luhya's are brought to the table for 2022.

“No one is leaving anything to chance because politics is played through political parties. This is meant to ensure that every corner of the country is brought in the box,” he said.

Oloo said that the new party is meant to provide an avenue to those who feel uncomfortable being accommodated by either ANC or Ford Kenya to get at the negotiating table.

“It is the same thing you saw happening in Central Kenya where Narc Kenya leader Martha Karua, Gatundu south MP Moses Kuria and Mwangi Kiunjuri are coming together. It’s a strange arrangement though,” he said.

Mudavadi and Wetang'ula are in the One Kenya Alliance (OKA) together with Wiper leader Kalonzo Musyoka and Kanu boss Gideon Moi.

Mudavadi has since ruled out possibilities of him backing another candidate and insists he must be on the ballot.

President Kenyatta held talks with the OKA leaders together with ODM leader Raila and asked them to support the former prime minister's bid for 2022.