Receiver management in the process of identifying an investor to revive the company. 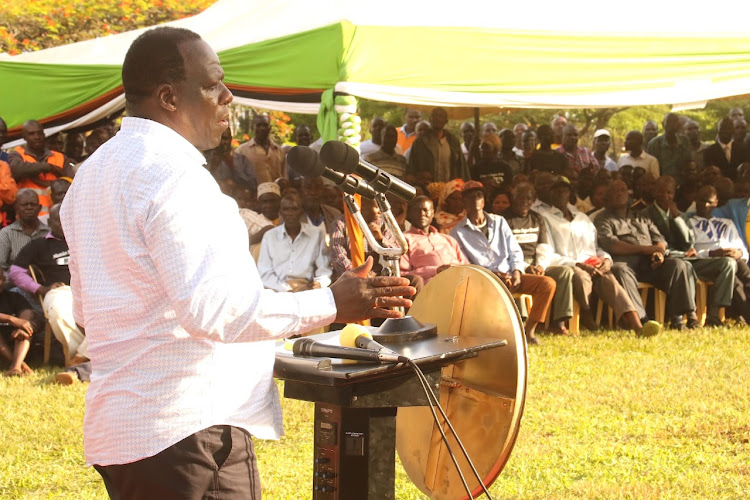 Sugar cane farmers in Western are dejected after the planned development tour by President Kenyatta to the region aborted for the second time last week.

Expectations by farmers and the local leaders were high that the President would visit Western last Monday where Mumias sugar company revival was part of the issues he was expected to address.

Anxiety is high at the company staff quarters where employees were allowed by the receiver management to continue staying as they wait for any good news about the revival of the once premier miller in East and Central Africa.

The President was to tour the region to inspect projects and launch new ones that include a gold refinery in Ikolomani, Kakamega, and a granite factory and a water project in Vihiga county. The tour was to begin on August 2 but was moved to August 9. It did not however take place.

“We expected that the President’s visit would come with a clear roadmap to end our problems of cane farmers contracted to Mumias and Nzoia sugar companies but it’s like a solution to our problems is not anywhere near,” said farmer Boniface Manda.

Manda said sugarcane farmers appear to be forgotten by the Jubilee administration.

Manda, however, urged Luhya leaders to unite and speak with one voice on the region’s economy and keep politics out of development matters in the interest of the community.

Another farmer, Bony Wangwe, said the hopes he had on revival of the company by the Jubilee government have diminished.

“I had hope that the President's tour would come with some good news now that he is doing his final lap and wants to leave a legacy, he would leave us with Mumias roaring again but our hopes seem to have been far from the truth,” Wangwe said.

He said it seemed the Jubilee administration was not keen to revive the sugar sector like it had done for coffee, tea and dairy.

Joseph Manyasi, a farmer from Lurambi, said that hopes of the company roaring back to life are diminishing by the day since even the planned leasing of the factory seems to have run into headwinds.

Kakamega Governor Wycliffe Oparanya who was involved in organising the tour said the visit was put off because of the high Covid-19 cases across the country.

“The President toyed with the idea of going on with the visit and meeting leaders alone without the public but realised it would present more challenges due to Covid-19 protocols. The visit is, however, still on,” he said.

Oparanya had earlier said that a major announcement on revival of the troubled miller was expected from President Kenyatta during the tour.

The company is currently under receivership by the Kenya Commercial Bank group over huge debts and shortage of raw material.

It stopped milling three years ago. Receiver manager Ponangipali Ramana Rao who took over the company in September 2019 is in the process of identifying an investor to revive its operations.

However, a group of unsecured lenders have warned the receiver management against going ahead to lease the company assets.

The collapse of the company occasioned job losses for thousands of employees and negatively impacted the economy of Western counties.