•Central Kenya accounted for 181 cases with Kiambu, Muranga, Kisii, Kakamega and Nyeri recoding the highest numbers at 109, 37, 25, 24 and 21 respectively.

•Men are more prone to committing suicide than women according to the DCI findings. 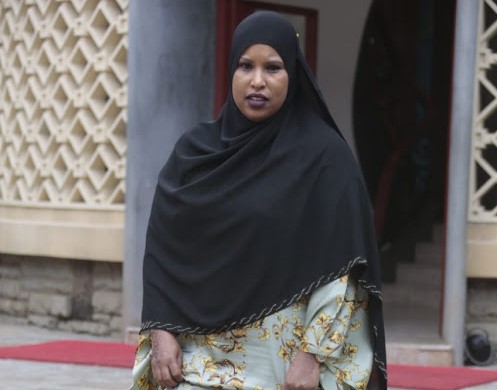 Concerns have been raised about the rising suicide cases in the country.

The Senators are calling for urgent multi-sectoral collaboration to curb the incidences that appear to be getting out of hand.

“The government, leaders in both legislative houses and well-wishers should come forth and address this matter before it gets out of hand,” nominated senator Falhada Iman said.

Iman requested the government, especially those concerned with health, security and social protection,  leaders, and the general public to rise to the occasion and combat what she said was fast becoming a menace.

“I encourage fellow Kenyans to be their brothers’ and sisters’ keepers. Let’s engage each other and share our problems,” the legislator said.

Her statement triggered a barrage of reactions from her colleagues.

Senator Sylvia Kasanga attributed the cases to mental health problems that include stress and anxiety and that needs a multi-pronged strategy to combat.

“Post-Covid effects such as bad economy is leading Kenyans to unprecedented stress levels.  We don’t have methods of dealing with mental illness,” the senator said.

She elaborated that Kenyans need to get easy and affordable, if not free, access psychosocial support.

“We should be having centres that are giving free psychosocial support to Kenyans, if I feel stressed, there should be a number I can call. I don’t need to be stigmatized and I can get some help,” she said.

On Tuesday, businessman Jonathan Mukundi killed his wife Philomena Njeri before pulling the trigger on himself, becoming the latest addition to the worrying statistics released by the DCI last week.

“We have never recorded such a high number of suicides before and this is not only alarming but calls for remedial measures,” Kinoti said.

Central Kenya accounted for 181 cases with Kiambu, Muranga, Kisii, Kakamega and Nyeri recoding the highest numbers at 109, 37, 25, 24 and 21 respectively.

Men are more prone to committing suicide than women according to the DCI findings.

The police attributed the cases to stress and economic hardships brought about by the Covid-19 pandemic.

The figures represent a sharp increase, considering that only 196 suicide cases were reported in 2019 according to the Kenya National Bureau of Statistics.