• With inadequate human resources resulting in a ratio of one doctor per 16,000 patients, one doctor has to cover an entire isolation unit.

• Healthcare workers have to work for long hours, resulting in fatigue, while some patients with manageable conditions end up dying for lack of care and attention.

Dennis Mbegah’s uncle checked in a public hospital in the city for a Covid-19 treatment on Monday last week.

Two days later, he was dead.

His family says his death was more from a systemic failure at the facility than Covid itself.

Mbegah is a medical doctor and the deputy secretary general of the Kenya Medical Practitioners, Pharmacists and Dentists Union.

He says the lack of enough healthcare staff to attend to his uncle and failure to get an ICU bed in time led to his death within one week.

As a result, healthcare workers are made to work for long hours, leading to fatigue, while some patients with manageable conditions end up dying because of a lack of care and attention.

“I can confidently say that the patients dying in Kenya are not dying from Covid, they are dying from other issues because Covid affects other organs, it affects sugar, lungs, and what is killing them is that lack of supportive care,” Mbegah says.

“My uncle just knocked off his mask in the confusion at 8pm and he could not get just somebody to fix back the mask, by the time they are helping him it was so late that they had to look for an ICU.

"There was no ICU bed so waited for two hours and he only got an ICU bed because another patient died. That for you to be lucky, someone has to be unlucky and that is the reality.”

He notes that patients such as those with diabetes succumb when their sugar levels go down but there is no one to attend to them. 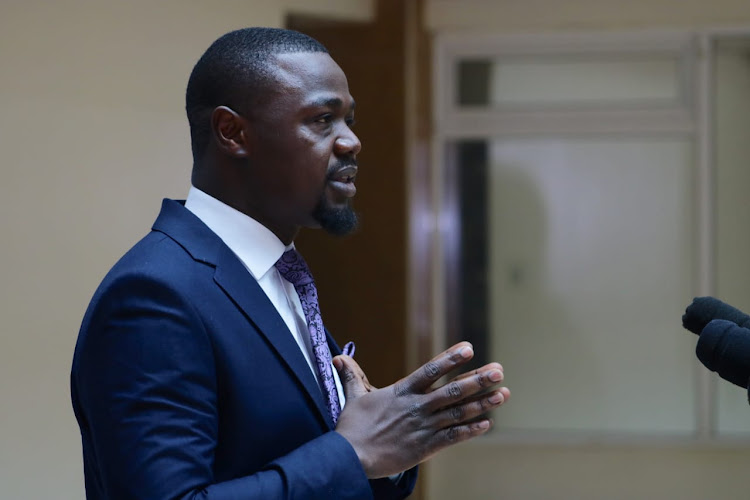 Mbegah notes that an effective healthcare system should have adequate professionals to attend to patients, adding that having ICU and isolation beds without human resources is a waste as beds do not treat patients.

“A guy who was very healthy, never smoked, never drank, but in a week of illness, he is gone forever. The system failed him and the system has failed many more, those thousands are not just numbers, they are hurting families.”

Kenya is already experiencing the impact of the fourth wave, with hospitals in the country already overwhelmed and ICU facilities both in the public and private sector full.

According to KMPDU secretary general Davji Atellah that in Kiambu county, only Tigoni Level 4 Hospital has an ICU facility, which is already overwhelmed, while Gatundu has no isolation ward. The county has only 300 doctors serving more than 2.4 million Kenyans.

In Nairobi, KNH has only six ICU beds dedicated to Covid patients, none in Mama Lucy, Mbagathi and Nairobi Spinal hospitals.

Kagwe on Friday last week acknowledged that ICU spaces in the city were already full, adding that any person in need of a bed would not be lucky to get any at the moment.

“In Kisumu, the county referral hospital has only three operation ICU beds out of the 13, the rest are not operating because they lack the requisite human resource. The region has only 160 doctors serving over a population of more than one million,” Atellah said.

He noted that the entire Coast region has only 10 ICU beds set aside for Covid-19 patients, with the region having just 200 doctors serving a population of more than five million, while Busia, Bungoma and Vihiga counties have no isolation facilities.

“The whole of the Western region has only 18 ICU beds, with Kakamega having 12 and Bungoma six. The region has only 100 doctors serving a population of over five million. Machakos, Murang’a, Nyeri and Embu have no isolation facilities. The available ICU beds in these counties are full.”

Data from the Council of Governors released on Wednesday, however, show that cumulatively, there are 512 ICU beds across 31 counties, with 192 of them being occupied and 320 available.

The CoG noted that there is an increase in patients who require critical care.

The medics' union now wants the government to urgently employ more than 2,000 doctors who remain unemployed despite their many years of training.

This, they said, would help ease pressure on the already overwhelmed healthcare workforce as Covid-19 numbers continue to rise.